June Events Brought to You by the Library

As summer approaches quickly, the Litchfield Public Library has programming planned for all ages.

Minnesota author Mike Roberts will be at the library on June 2nd. Mike will speak about his experiences as the last lighthouse keeper at Split Rock Lighthouse and his work with the U.S. Coast Guard. The program will begin at 6:30 p.m. in the library meeting room. Mike lives in St. Cloud and is the author of the book The Last Keeper at Split Rock.

On June 7th the Litchfield Library will be hosting the event “Most Haunted Locations of Minnesota”. Join us and find out where you can supposedly see possessed statues come to life, pick up a phantom hitchhiker, encounter a ghost train, enjoy a play in a haunted theatre, or have your car pushed by spirits. This presentation will be given by Chad Lewis. Chad is a paranormal researcher and author for Unexplained Research, L.L.C. He holds a Master's of Science degree in Psychology from the University of Wisconsin-Stout. Chad has trekked across the world in search of the paranormal. He has been featured on the Discovery Channel’s “A Haunting,” ABC’s “World’s Scariest Places,” and hundreds of radio interviews, TV appearances, and newspaper articles. Chad is the author of the Hidden Headlines series and also the co-author of the Road Guide to Haunted Locations book series. Chad has presented at hundreds of libraries, universities, schools, and private functions for crowds of 7 to 700. 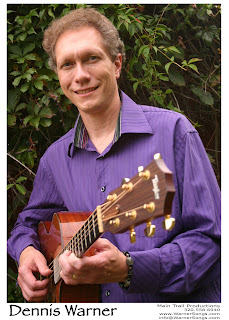 The kick-off for the summer reading program, One World, Many Stories, will be on Thursday, June 9th, at the Dassel, Grove City and Litchfield Libraries. Musician Dennis Warner will entertain us with music related to the theme for this year. Dennis is a folk/Americana singer and songwriter from Minnesota who performs all over the country and has recorded eight albums. He accompanies himself on guitar and is known for humorous, family-oriented concerts. He has been featured on National Public Radio and has performed at the Kennedy Center for the Performing Arts. Grove City Library’s kick-off event begins at 10:00 a.m., with Dennis performing at 11:00. Dennis will perform at the beginning of the Dassel Library’s event at 3 p.m. The kick-off will run from 6 - 8 p.m. at the Litchfield Library, with Dennis performing at 6:30.

The Minnesota Historical Society, along with the Litchfield Public Library and the Litchfield Opera House Association, will be sponsoring a concert called “Happy Days are Here Again” at the Litchfield Opera House on June 12th at 1 p.m. This free concert features Rhonda Laurie, a former New Yorker and now a Twin Cities jazz and cabaret singer, who is known for her sophisticated but warm voice and stage presence. Rhonda has performed at The Dakota, the Minnesota Fringe Festival, Lake Harriet Bandshell, and the Twin Cities Jazz Festival, as well as many other venues. This Greatest Generation show is a musical journey with songs and stories from the 1930s through the 1950s. It should be fun for all ages.

You don’t need to sign up or pay admission to attend any of these programs. Just mark your calendars and come join us for some entertainment and culture to start off your summer!
Posted by Litchfield Public Library at 3:17 PM