Spring is here... I think

It certainly doesn’t feel like it, but spring is here according to the calendar, and Easter is upon us.  If you’d like to read about spring before you can feel it, you can come to the library to get a fresh, new book to tide you over until the warm weather arrives. 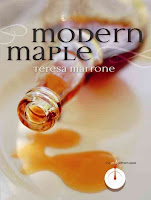 An early sign of spring is maple syruping, which I hear is late to start this year.  The book Modern Maple by Teresa Marrone tells you how to make maple syrup in your backyard.  It covers the equipment you’ll need to get, when and how to tap the trees, and how to turn sap into syrup.  It even includes recipes made with maple syrup, from breakfast to dessert. 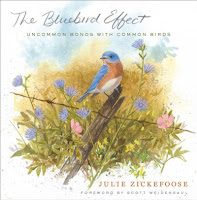 Are you waiting anxiously for the birds to come back?  The Bluebird Effect: Uncommon Bonds with Common Birds by Julie Zickefoose tells of the author and illustrator’s experiences rescuing birds of 25 different species.  The author tells of feeding baby hummingbirds every twenty minutes, playing bird songs to abandoned baby Carolina wrens, and caring for injured birds until they were healed.  The detailed nature writing is melded with the author’s personal experiences and illustrated with her sketches and watercolor paintings.  Library Journal named this book one of its top five science books of 2012. 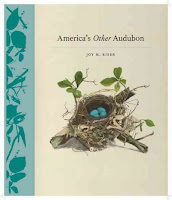 Another of Library Journal’s top science books, America’s Other Audubon by Joy M. Kiser, celebrates the artwork of a young woman in the late 1800s. Genevieve Jones was an amateur naturalist and artist in Ohio.  She saw Audubon’s paintings at the 1876 World’s Fair and was inspired to document nests and eggs, because Audubon had not.  She started on a book, Illustrations of the Nests and Birds of Ohio, although her parents were concerned about the expense and size of the project.  When she became depressed over a broken engagement, her family began to support her project to help her cope.  Her father paid for the publishing, her brother Howard collected the nests, and Genevieve and her friend Eliza Schulze learned lithography and created the illustrations.  The book was issued in 23 parts and was sold by subscription.  When she released part one, ornithologists and book reviewers praised it as being on par with Audubon’s work, and Teddy Roosevelt and Rutherford B. Hayes became subscribers.

Genevieve died suddenly of typhoid after having completed only five illustrations.  Her family continued working on the book for seven years until it was complete, as a way to honor her memory.  Both her mother and her brother nearly died from typhoid two years after Genevieve, and her mother lost her eyesight from effects of the disease along with eye strain from hours of working on the illustrations.  Her physician father spent all of his retirement savings to publish the book.  Fewer than 100 copies were ever produced, despite the fact that it won a medal at the Chicago World’s Fair. The new book by Kiser reproduces the color artwork of the Jones’ original volume.  It is beautiful. 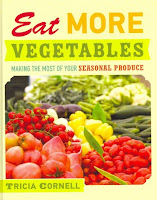 Are you looking forward to the first things that grow?  The cookbook Eat More Vegetables: Make the Most of Your Seasonal Produce includes a section on spring:  April and May.  The book was published by the Minnesota Historical Society Press, so it’s even realistic for those of us who live in the north.  The author, Tricia Cornell, structures the book around things we can find at Minnesota farmers’ markets, beginning with things like rhubarb, asparagus, and dandelion greens.

Spring will come eventually.  In the meantime, read some good books that help you look forward to growing plants, nesting birds, and anything else you enjoy about the return of warm weather.
Posted by Litchfield Public Library at 2:41 PM