Are you going to see Shrek?  Once again this year, we have someone from the library staff who is in the cast of the Litchfield Community Theatre musical.  This time it’s Tiana.  Last month Jan was in Steel Magnolias, last spring Mary directed Honk! Jr., and last summer Elle was in Fiddler on the Roof.  I guess we’re a theatrical bunch at the library. 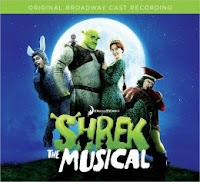 We have the original Broadway cast recording for Shrek the Musical available at our library.  It was recorded in 2009 in New York, so this is a very new show.

Have you taken a look at our other music CDs lately?  It’s still a small collection, but it’s growing.  Most of our music CDs are next to the adult audiobooks, near our movies. 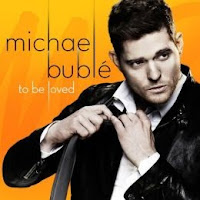 One of our newest CDs is To Be Loved, by Michael Bublé.  It just came out in April.  It includes the single “It’s a Beautiful Day” that you might have heard on the radio.  As usual, this old-school crooner covers many classics, including songs made famous by Dean Martin and Frank Sinatra.  Reese Witherspoon and Bryan Adams also make appearances on the album. 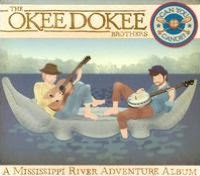 The Okee Dokee Brothers gave a concert in Litchfield earlier this year as a fundraiser for the new playground.  We have their Grammy-winning CD available to check out.  Look on the children’s side of the library to find this one.  Can You Canoe? won the 2013 Grammy for best children’s album.  The Minnesota singers (friends, not really brothers) traveled by canoe from Minneapolis to St. Louis for a month and wrote these songs about their adventure.  Along with the folk CD that appeals to all ages, there’s a DVD of them performing their songs and traveling down the river.  I’ve seen them perform live in Duluth, and I was happy to find that they were not at all the annoying kind of children’s musicians you sometimes find.  They were funny and hip and really, really musically talented.  But then they did win a Grammy, so I guess that should be obvious.

We also have a few of Jim Gill’s CDs available now for checkout on the children’s side of the library.  Families who come to storytimes here are familiar with many of his songs.  Jim performed a concert in Litchfield this year, as well, to the tremendous enjoyment of the crowd of families who went to it.  His newest CD, Jim Gill Presents Music Play for Folks of All Stripes, was named a 2012 Notable Children’s Recording by the American Library Association.  That’s the equivalent of a Caldecott or Newbery honor book, since the ALA gives those awards.  Jim incorporates all kinds of great learning activities for young children in his songs, while having plenty of wacky fun at the same time. 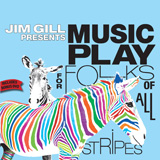 Besides the “Folks of All Stripes” album, we also have Jim Gill Sings Do Re Mi on His Toe Leg Knee, Jim Gill Sings Moving Rhymes for Modern Times, and Jim Gill’s Irrational Anthem. 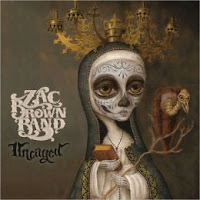 Back over on the adult side of the library, we have Uncaged by the Zac Brown Band.  It won the 2013 Grammy for best country album.  The band is described as country/folk/bluegrass, and the album as a laid-back mixture of even more musical styles, including reggae and R&B.

I hope you’ll find that our music collection has some up-to-date offerings that you’ll enjoy.  Come in to discover something new!