Imagine that you are going to write the next big young adult novel.   Who will be the hero or heroine? What obstacles will they face?  How will the problems be resolved?  Will you build a world or set things in our reality?  And these questions are just the beginning. 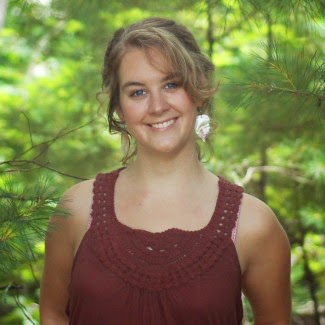 When I consider writing a novel, and think of character, plot and setting, I never think about writing fiction about mental illness.   But there is a need for stories that reflect the world in which we live.

In November of last year, School Library Journal featured an article, “Books that Help,” by Erin E. Moulton.  Ms. Moulton is a teen librarian at the Derry New Hampshire Public Library.  She also is the author of Chasing the Milky Way, which was published in 2014 by Penguin Ransom House. In her article, she writes about the tension between being a creative writer who dislikes labels, and a librarian who tries to match the right book with the right person.  Here are a few of her suggestions that can be found in the Litchfield collection.  The descriptions of the books are from the Pioneerland Catalog.

Anything but Typical, by Nora Raleigh Baskin, is the story of Jason, a twelve-year-old autistic boy who wants to become a writer, relates what his life is like as he tries to make sense of his world.

The Curious Incident of the Dog in the Night-time : a Novel, was written by  Mark Haddon.  Despite his overwhelming fear of interacting with people, Christopher, a mathematically-gifted, autistic fifteen-year-old boy, decides to investigate the murder of a neighbor's dog and uncovers secret information about his mother.

A Trick of the Light, by Lois Metzger, the story of  fifteen-year-old Mike  who desperately attempts to take control as his parents separate and his life falls apart.  This book deals with anorexia in young men.

Don’t Touch, by Rachel M. Wilson, which is the story of 16-year-old Caddie struggles with OCD, anxiety, and a powerful fear of touching another person's skin, which threatens her dreams of being an actress--until the boy playing Hamlet opposite her Ophelia gives her a reason to overcome her fears."-- Provided by the publisher, Harper Teen.

Before My Eyes, by Caroline Bock. Told in three separate voices, dreamy Claire, seventeen, with her complicated home and love life, shy Max, also seventeen, a state senator's son whose parents are too focused on the next election to see his pain, and twenty-one-year-old paranoid schizophrenic Barkley teeter on the brink of destruction.

See  you at the library!
Posted by Litchfield Public Library at 3:47 PM