Phil, Jimmy, and the ALA Book Awards 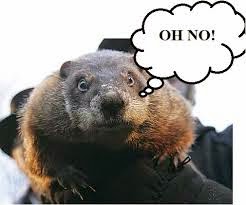 Groundhog Day, 2015 was an exciting day.  Poor Punxsutawney Phil  looked puzzled, as usual, but in Sun Prairie, Wisconsin, Jimmy the Groundhog bit the mayor’s ear. This exciting event may have overshadowed the news release of the major book awards in children’s and young adult literature, announced at this year’s American Library Association Midwinter Conference. 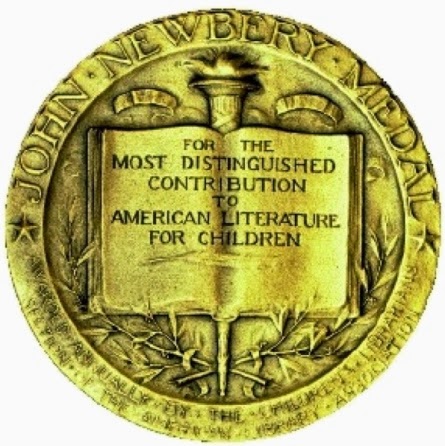 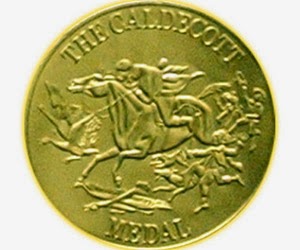 I’m perhaps most interested in the book which won the John Newbery Medal, awarded for the most outstanding contribution to children's literature.  The Crossover, written by Kwame Alexander, is the 2015 Newbery Medal winner. The only area library that purchased this book is Willmar.  I passed it by because some of the reviews were mixed.  To be truthful, I don’t love  novels written in verse.

El Deafo, by Cece Bell was one of the two

Newbery honor books, which is like being in second place.    Hutchinson, Olivia, and Willmar already have this book, and it is on order for Litchfield.  I chose it a little late because it kept making “best of” lists, but wasn’t impressed with it at first.


Brown Girl Dreaming, written by Jacqueline Woodson was the other honor book.  No one in Pioneerland Library System (PLS) added this book to their collection.  I passed on it because it is an autobiographical memoir told in verse.  I just can’t see it being read by most of the young people I know, unless assigned by a teacher.   However, it is on order. 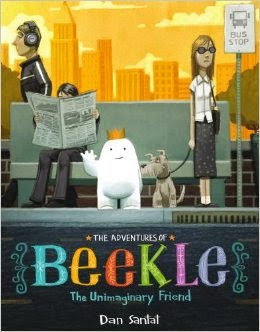 Another award that interests me is the Randolph Caldecott Medal, given to the most distinguished American picture book for children.  The winner was The Adventures of Beekle: The Unimaginary Friend, written and illustrated by Dan Santat.   As I read reviews of this book, I came across this statement by a customer at amazon.com: “it feels almost like a picture book meant for adults who want to reflect about childhood, rather than for children.”   Hutchinson and Willmar own this book. 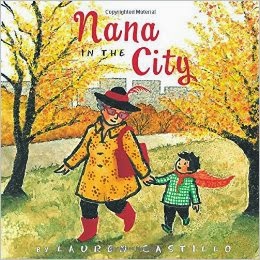 Six Caldecott Honor Books also were named, an unusually high number. One that only Dassel and Litchfield have is Nana in the City, which was written and illustrated by Lauren Castillo.

The Right Word: Roget and His Thesaurus” illustrated by Melissa Sweet and written by Jen Bryant, can only be found in Dassel.  I purchased this for Dassel because I thought one of our Meeker County libraries should have it as it began to appear on the “best of” lists.

Sam and  Dave  Dig a Hole, illustrated by Jon Klassen and written by Mac Barnett, is a popular title.   7 libraries in PLS, including Dassel and Litchfield, own this one.   I really would like to know why “Beekle” was the medal winner but this book was an honor book.

This One Summer, illustrated by Jillian Tamaki and written by Mariko Tamaki, can be found in Litchfield and Olivia.  Professional reviewers were
positive, but this book is not appropriate for
younger readers.  It is an honest look at what happens as children leave childhood behind and try out language and activities that seem to be too much, too soon.  I thought it was an important book, but am surprised it was a Caldecott Honor Book. 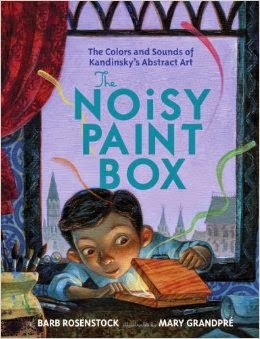 The Noisy Paint Box: The Colors and Sounds of Kandinsky’s Abstract Art,”illustrated by Mary GrandPré and written by Barb Rosenstock, was also an honor book.     No one in PLS purchased this one.  I passed it because again, I thought that it would only be checked out by art teachers, and I just don’t have enough budget to purchase every book. 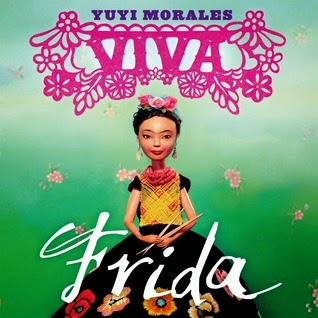 Viva Frida, written and illustrated by Yuyi Morales, is another book that no libraries in Pioneerland Library System purchased.  Why write a picture book about Frida Kahlo?  Publisher’s Weekly said of this book, “Frida is presented less as a historical figure than as an icon who represents the life Morales holds sacred;”  Really? Does this sound like a children’s book?

So far, out of two “first place” medals and eight “second place” medals, Litchfield library has only four of the titles.  Last year I was right 73% of the time, but what happened?       It’s also odd that so few Pioneerland libraries have these titles.  Usually there would be many copies of award-winning titles in our system, but things are very different this year.


A wonderful retired principal used to tell me that there hadn’t been a good book nominated for the Newbery Award since 1974.  I don’t think it’s quite that bad, but will this year’s award-winning books become instant classics?  Tell me what you think! 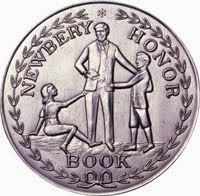