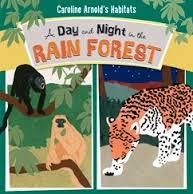 When I was a child, reading with a flashlight under the covers was something I tried frequently, and just couldn’t understand why my parents seemed to magically know what I was doing.  I kept my door closed, but didn’t think about the ray of light that was visible under the door in that old parsonage.   These two new books might just encourage that habit.  The books are titled, “A Day and Night in the Forest” and “A Day and Night in the Rain Forest,” both written and illustrated by Caroline Arnold.  These were published in Minnesota, and feature a fun twist.  If you shine a flashlight in back of some of the pages, or hold the book up toward a bright light, you will see a hidden animal.  Perhaps one could say, “If you give a child a flashlight…..”

“Big Bad Detective Agency,” by Bruce Hale, looks like the first book in a series.  Fairy tale characters are the prime suspects in a crime for which Big Bad Wolf has been framed.  According to School Library Journal, “Readers will snicker as they discover that some have alibis, some have no motive, and some aren't bright enough to pull off the crime.”

How would you complete this question? “If I could fly, I would ________ .”   Humphrey the class hamster is very happy in room 26, but he has to find a way to answer that question.  This is book 11 in the series about this likeable, and imaginative, little hamster, "Imagination according to Humphrey,"  by Betty G. Birney. 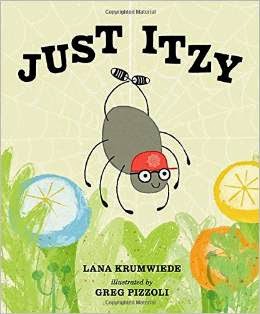 Is there anyone who doesn’t know the song, “The Itsy Bitsy Spider?” The new book, “Just Itzy,” by  Lana Krumwiede and Greg Pizzoli asks us to imagine how   Itzy Bitzy feels  when he hears that song over and over.  His plight reminds me of the beleaguered writer Gelett Burgess, famous for writing the poem “I never saw a Purple Cow, I never hope to see one; But I can tell you, anyhow, I'd rather see than be one.”     Itzy, fortunately, does not go to the extremes of Mr. Burgess, who wrote in 1897, “Ah, yes, I wrote the "Purple Cow" I'm Sorry, now, I wrote it; But I can tell you Anyhow, I'll Kill you if you Quote it!” 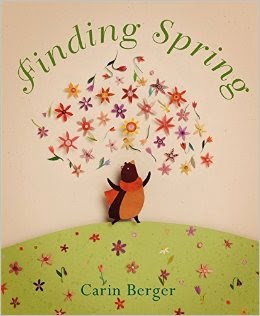 Can you find spring?  I’ve seen robins in our yard and heard red-wing blackbirds singing up in the trees.     Carin Berger’s new book, “Finding Spring,” is the perfect winter-into-spring book.  Maurice, a little bear, leaves his den a little early.  He brings home a snowball, full of magic and light, and wraps it up to show his mom.  Of course, the snowball melts by the time they wake up do Maurice must go out and learn about spring again.  The art in this lovely book features dioramas and paper cut outs. 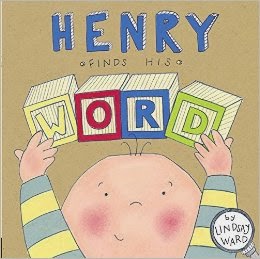 Finally, “Henry Finds His Word,” written  by Lindsay Ward,  tells the story of a toddler who goes searching for the right word to be his very first “real” word, since he is saying things like “Rah Rah Rah Rah Rah!" and "bbbghsh," which his parents don’t understand.  The review at Amazon.com mentions the classic book, “Leo the Late Bloomer,” by Robert Kraus. Like Leo, Henry finds his word at the perfect time.  This is the perfect time to share a picture book with someone you love.