The 2018 Minnesota Book Awards were presented on April 21. This was the 30th annual awards ceremony, which is sponsored by the Friends of the St. Paul Public Library.  These awards celebrate Minnesota authors and illustrators. 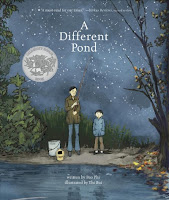 This year’s award for children’s literature went to A Different Pond by Bao Phi.  This picture book tells a story from Phi’s childhood.  He would wake up early with his father to fish in a Minneapolis pond before his father went to work, as a way to help feed their family, and his father would tell him about a different pond he used to go to in Vietnam.  “A Different Pond” was also a Caldecott Honor Book this year, and we have it at the Litchfield Library.

The award for genre fiction went to The End of Temperance Dare by Wendy Webb.  This Gothic thriller is set in a former tuberculosis sanatorium, now turned into an artists’ retreat.  The new director is expecting a peaceful change from her old job as a crime reporter, but a sense of impending doom strikes her as soon as she arrives on the grounds, and she begins to suspect that the artists have been gathered there for a sinister purpose.  The Litchfield Library also has a copy of this novel.

Linda LeGarde Grover won the award for memoir and creative nonfiction with Onigamiising: Seasons of an Ojibwe Year. Onigamiising is the Ojibwe name for Duluth, “the place of the small portage.”  Grover is an Ojibwe elder and a professor at the University of Minnesota – Duluth.  The essays in this collection originally were published as monthly columns in the Duluth Budgeteer newspaper, and they are reflections on life through the seasons of the year.  Litchfield Library has this memoir.

The novel and short story award went to What It Means When a Man Falls from the Sky by Lesley Nneka Arimah.  This is a collection of fantastical short stories about the ties between family members, lovers, and friends, and between them and the places they call home.  Arimah has previously won awards for her stories in magazines; this is her first book, and it has also won a number of honors.  The Litchfield Library owns a copy.

The award for poetry went to Heid E. Erdrich for Curator of Ephemera at the New Museum for Archaic Media.  Heid is a professor at Augsburg University, a member of the Turtle Mountain Band of Ojibwe, and the sister of novelist Louise Erdrich.  This is her second book of poetry to win the Minnesota Book Award.  Communication and technology are the themes of this collection, which is on order for the Litchfield Library. 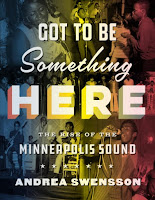 Andrea Swensson is the host of The Local Show on the radio station The Current.  She won this year’s award for Minnesota Nonfiction with Got to Be Something Here: The Rise of the Minneapolis Sound.  This book explores the development of R&B, funk, and soul in the Twin Cities, starting with 1958, the year Prince was born.  This book is available at the Dassel and Glencoe libraries and can be ordered by our patrons.

The other winning books were The End of the Wild by Nicole Helget (middle grade literature), The Exo Project by Andrew DeYoung (young adult literature), and The First and Only Book of Sack: 36 Years of Cartoons for the Star Tribune by Steve Sack (general nonfiction).  Read Minnesotan!