Celebrate Your Freedom to Read

Happy Independence Day!  “We hold these truths to be self-evident, that all men are created equal…” These words from the Declaration of Independence remain inspiring and relevant today, 242 years after they were written.  This week we celebrate America, in all of its imperfect glory.

Our founding documents are essential for all Americans to read.  The National Archives have the Declaration of Independence, the Constitution of the United States, and the Bill of Rights available to read at www.archives.gov/founding-docs. 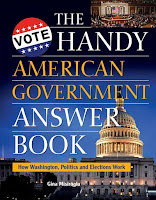 You can also find them in our new library book, The Handy American Government Answer Book: How Washington, Politics, and Elections Work by Gina Misiroglu.  This resource also explains how Congress and the courts work, what the roles and responsibilities of the president are, what civil liberties and civil rights are, plus a number of other issues related to how our government works.  It’s all organized in a question and answer format; for example: “Why was Samuel Adams called the Father of the American Revolution?” “What is the role of the first lady?” and “How are interest groups regulated by the government?” 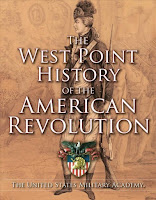 Thomas Paine said, “It is the object only of war that makes it honorable.  And if there was ever a just war since the world began, it is this in which America is now engaged.” (This and all quotations in this article are from Bartlett’s Familiar Quotations, 2012) You can read about this war in our new book, The West Point History of the American Revolution.  This history covers everything from the causes of the revolution and its first battles to Yorktown and beyond, discussing the adoption of the Constitution and the formation of our country.

For some perspective on our current era, Jon Meacham wrote The Soul of America: The Battle for our Better Angels.  The phrase comes from Lincoln’s First Inaugural Address: “The mystic chords of memory...will yet swell the chorus of the Union, when again touched, as surely they will be, by the better angels of our nature.” In this new book, Pulitzer Prize-winner Meacham examines other critical times in American history when fierce partisan division threatened our country.  He reminds us that we have faced political turmoil many times in the past, and we have come through better than before.

George Washington said, “I had always hoped that this land might become a safe and agreeable Asylum to the virtuous and persecuted part of mankind, to whatever nation they might belong.”  Mohammed Al Samawi fled Yemen for the United States in 2015.  In his new book The Fox Hunt: A Refugee’s Memoir of Coming to America, Al Samawi tells his story of becoming an interfaith peace activist after secretly reading a copy of the Bible.  Extremists in Yemen threatened his life for working with Jewish and Christian people, and then he was trapped in his apartment in the midst of a battle.  He reached out on Facebook for help, and four Americans helped him get out.  This suspenseful story is being developed into a movie.

At the signing of the Declaration of Independence, Benjamin Franklin said, “We must all hang together, or assuredly we shall all hang separately.”  James and Deborah Fallows traveled the country for the past five years doing research for their new book Our Towns: A 100,000-Mile Journey into the Heart of America.  They found people in middle America banding together to find practical solutions to societal problems, and the book is quite optimistic.  Duluth, Minnesota, is one of the cities featured.

Thomas Jefferson said, “If a nation expects to be ignorant and free, in a state of civilization, it expects what never was and never will be.”  This week we celebrate our freedom.  May we, like Jefferson, be curious readers who are always looking to improve our minds and education, for the benefit of our wonderful nation.

Posted by Litchfield Public Library at 11:39 AM