A Good Day to Read A Book

What is one of the best ways to start a new year?  Why, with new books of course!  Here is a list of new “chapter books” that are all found in the juvenile section.

Who can imagine writing a series of books for children ages 5-9 that average over 500 pages each?  Well, Kevin Sands is the guy.  He is the author of “The Blackthorn Key,” a series set in the 1600s featuring an apothecary’s assistant named Christopher Rowe.  The four books in the series are “The Blackthorn Key,”  “Mark of the Plague,” “Assassin’s Curse,” and “Call of the Wraith.”  This novel combines historical fiction with all sorts of puzzles, codes, and secrets, and has received great reviews from both kids and adults. 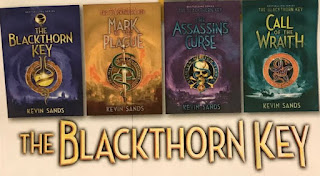 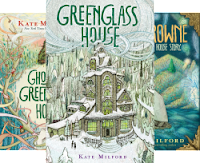 “Charlie Hernandez and the League of Shadows,” by Ryan Calejo, is a bit like Harry Potter, with a Latino twist.  Ordinary boy Charlie wakes up one morning and discovers that he is turning into one of the monsters from the stories his grandmother told.   Myths of Spain, Central America, and South America are featured.

It feels like patrons have been waiting for years for “Clash of the Beasts,” by Lisa McMann.  This is another “ordinary child discovers super powers” book.  Superhuman powers and speed borrowed from the animal kingdom could come in handy if you are a girl named Charlie who has just moved to a new town.  The series is called “Going Wild,” and the titles are “Going Wild, “Predator vs Prey,” and “Clash of the Beasts.”

“Hotel Between,” by Sean Easley, is another magical book.  I hope Mr. Easley is starting a series, because this book is a doozy.  The hotel of the title is an amazing place where doors open all over the world, stone elephants come alive, and people could wander forever. 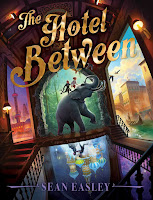 I think any of these books would be excellent to read aloud in a class or at bedtime.     These imaginative books, and many more, are waiting for you at Litchfield Library!