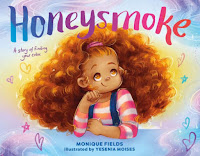 How do you describe the color of your skin? My skin is light colored with blue and green veins.  If I hold it against a piece of paper, it isn’t white.  It isn’t pink.  It isn’t yellow. It isn’t brown.  I could  invent my own color.   Maybe I’d call it arctic marble or pale blue cheese!  Skin color and identity are explored by Monique Fields in her new book, “Honeysmoke.”   A little girl who is a bit of her mom and a bit of her dad solves the question by inventing a beautiful color called honeysmoke.  I love it. 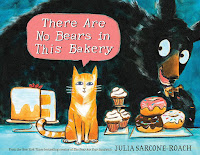 There are no bears in this library. Better yet is the book, “There are No Bears in This Bakery,” written and illustrated by Julia Sarcone-Roach.   An orange cat named Muffin is the night watchman for her neighborhood.  In the best tradition of detectives in film noir, she is determined to investigate the strange sound coming from the open window in the back of Little Bear Bakery.  “The air was cool and wet like a dog’s nose. The bakery’s back window was open like a crooked smile.  I slipped into the darkness like icing melting down a hot cake.”   This may be more fun for the grown up reader than the child listening, but I think it works on many levels. 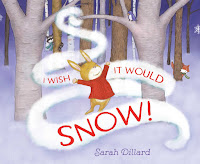 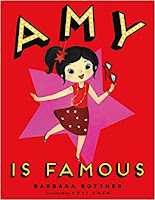 “Amy is Famous” is a new book by Barbara Bottner, whose book, “Bootsie Barker Bites,” is a favorite.  Amy is a victim of today’s over-praising of children.  Amy wears red and signs autographs because famous people do that.  But her life turns upside-down when a new girl arrives on the scene.  Someone’s wise mom gets the two girls together for a play day, and, surprise! They discover how alike they are and become friends. 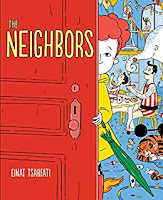 Litchfield Library doesn’t have many books originally written in Hebrew.  Einat Tsarfati graduated from the Bezalel Academy of Arts and Design in Jerusalem, Israel.  Her book, “The Neighbors” tells the story of   unusual families who live in an apartment building with seven stories.  Each family is unique, including the narrator’s, even though she thinks her parents  are boring.  In fact, they are  super heroes, and in the last spread it looks like they are working on a super-hero costume for their daughter. 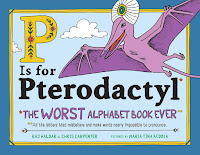 Finally, the best (or worst) alphabet book ever, “P is for Pterodactyl,” by Raj Haldar and Chris Carpenter, looks at “all the letters that misbehave and make words nearly impossible to pronounce.”  Raj Haldar is from Philadelphia and is a rapper better known as Lushlife.   Chris Carpenter says that he discovered children’s books when he became a father.  This is an interesting and challenging alphabet book.  These picture books, and more, are waiting for you at Litchfield Public  Library.