Is it Fiction? Is it Nonfiction? I Don't Care, I Just Enjoy!

Sun is shining, temperatures are rising, and the calendar says it’s time to schedule school field trips to the library.  The last spring story hour is May 10th.  This has been a long, long winter, but story hours have been a bright spot every week at the library.    Story Hours will begin again June 12th. 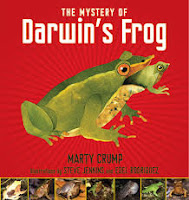 Several interesting books have appeared on my desk here at the library.  Even if you don’t find nonfiction books interesting, you might enjoy The Mystery of Darwin’s Frog, by Marty Crump.  Illustrated with many colorful photographs and drawings, this book explores a little known frog named for Charles Darwin, who discovered it during his famous voyage on the HMS Beagle.   The male Darwin’s frog carries its tadpoles in its vocal sac.  They are burped out when they change from tadpoles into tiny frogs.  These very odd frogs are being studied to this day. 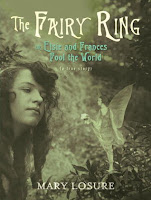 Another nonfiction title that reads like a novel is The Fairy Ring or Elsie and Frances Fool the World, by Mary Losure.  Frances was nine when her family moved from South Africa to England because of the war.  A lonely little girl, she became close to her cousin Elsie, who was fifteen at the time.  Frances was sure she had seen tiny people in her rambles alone the small stream near their home.   Tired of the teasing they both received from their extended family, Elsie and Frances took photographs with  a box camera borrowed from Elsie’s father that used glass plates for the negatives.  The girls never intended to fool the world about the fairies that they photographed, but the world believed that the fairies in the photos were real. 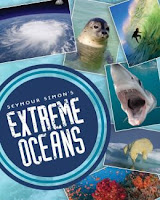 No one creates nonfiction books as well as Seymour Simon.  He has written more than 250 books for young readers, all bringing science topics to life.  His new book, Extreme  Oceans,  contains beautiful photographs and interesting text as Mr. Simon examines  the oceans of our world.  He dedicated this book to the late Rachel Carson, whose book The Sea Around Us inspired him to become a writer. 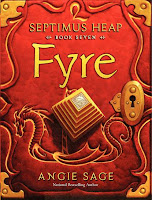 Book seven in the Septimus Heap series by Angie Sage, Fyre ,  brings this popular series to its conclusion.  Ms. Sage brings back nearly all of the characters who appeared in the first six books, and neatly wraps up the story lines.  The last section of the books, “Endings,” tells the “rest of the story” of several characters, showing that a novel can read like a nonfiction book.

Finally, if you just have to read a zombie book, Darren Shan has another in his Zom-B  series, City.  I skimmed it.  Here is a line from the book: “I don’t need to breathe, so I can chase you all day and never drop my pace.”  Really?

This just proves that Litchfield Library has something for everyone.