What's New with You?

What’s new at the library?  292 young people ages 3-17 are participating in the summer reading program.  The final count at Professor Marvel’s show was about 142.  And there are many, many new books on the shelf in the children’s department.

Because our summer theme is “Paws to Read,” I have been purchasing books that feature animals, especially animals with paws that are really unusual.  A series published by Bellwether Media, “Extremely Weird Animals,” includes titles such as   Aye-Aye  and Proboscis Monkey by Lisa Owings, and Tarsier by Christina Leaf.  The proboscis monkey reminds me of Jimmy Durante with its large, large nose.  The Tarsier is a cute little critter with huge eyes.  But the Aye-Aye is my favorite. It  has an extremely long middle finger that it uses to pull insects out of trees.  It locates them by tapping on the tree and listening, and they are believed to be the only primates who use echolocation to find food.

I don’t remember ever seeing a snowy owl, but there were reports of them being around this past winter.  Snowy Owls, by Jennifer Zeiger, is part of the Nature’s Children series published by Scholastic.  This lovely book has extraordinary pictures of these magnificent birds.  I’m glad I’m not a lemming, their favorite prey. 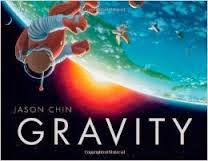 What if your feet drifted away from the ground?  What stops everything from floating into space?  Jason Chin answers these questions, in a very simple way, in his new book, Gravity.  The cover reminds me of the movie, “Gravity,” but this book is very child-friendly.

What’s New? The Zoo!: A Zippy History of Zoos, by Kathleen Krull, is packed with fun facts about zoos.  Did you know that the first zoo was established 4300 years ago in present-day Iraq?  I’m glad that zoos now are concerned about the health and well being of the animals. I  wanted to open cage doors and set the animals free when we visited a zoo. 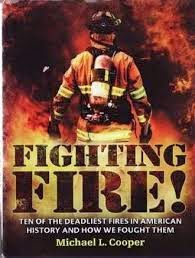 Fighting Fire! by Michael L. Cooper,  tells about ten major fires in American history.  Each of these fires led to changes in technology and the science of fire fighting. 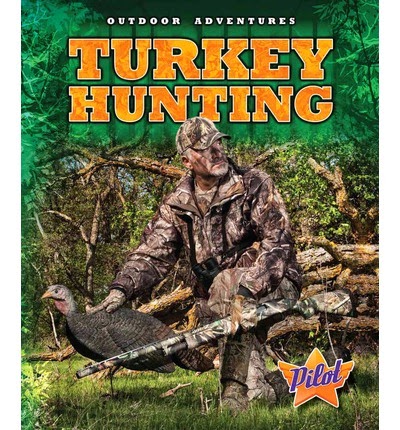 Finally, some of the people that most appreciate wild places and wildlife are hunters and anglers.  Turkey Hunting, by Sara Green,  celebrates  the bird immortalized by Benjamin Franklin, “For in Truth the Turkey is in Comparison a much more respectable Bird, and withal a true original Native of America. Eagles have been found in all Countries, but the Turkey was peculiar to ours, “ Matt Soniak, quoting Benjamin Franklin, from  Matt’s  blog,  mental_floss.com.

My favorite picture in the book is on the page about turkey hunting in Alabama.  A beautiful young woman, tastefully dressed in camouflage, holding a well-used gun, watches intently for a gobbler.  Her eye makeup  flawlessly matches the blue tones in her camouflage, and her golden hair flows gracefully under her hunting hat.   I just didn’t know that turkey hunting could be a fashion statement.

For anglers, we have a book, Ice Fishing, also by Sara Green.  I like the term “anglers” because “fishermen” and “fisherwomen” sound like I’m trying to be politically correct.  Since there were about 4 feet of ice out on the lake this year, I’m happy to see that Minnesota features prominently in Ice Fishing. I wonder what a child from Arizona would think about this book.   See you at the library!