It’s early Christmas at the library with the arrival of new books that have come in the “nick” of time.

Little Blue Truck’s Christmas, by Alice Schertle, is a Christmas tree counting book for very young children.  It includes twinkle lights, always fun in a book.  At least the batteries are replaceable, but there seems to be no off switch.  Now I just hope the lights will twinkle until I can use the book at story time.  I think this would be a great gift book for a child just discovering the magic of books. 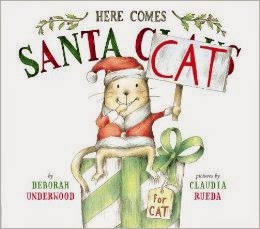 “Here Comes Santa Cat,”  by Deborah Underwood, stars a cat named Cat who communicates by holding up signs, like the very talented animals do on Facebook.    Cat needs to get off of Santa’s naughty list, and how he succeeds makes for a very funny, nearly wordless book.

Rick Walton and Nathan Hale, who collaborate under the pen name of Ludworst Bemonster, have written a parody of “The Night Before Christmas” that they titled “Frankenstein’s Fright Before  Christmas.”  While you may not be shrieking with laughter, this is a book with an entirely different look at the visit from Santa Claus, who arrives at an orphanage  for monsters with a resounding Boom! 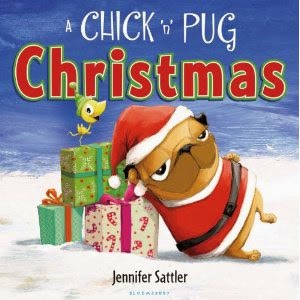 “A Chick ‘n’ Pug Christmas”   was written and illustrated by Jennifer Sattler.   My favorite scene from the book is the last page, showing Chick and Pug flying through the air on a snow shovel, silhouetted against the moon as little children say “Santa!”   This is a very funny book. 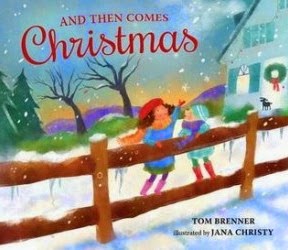 “And Then Comes Christmas”, by Tom Brenner, is one of those sweet holiday books that make me feel like drinking hot cocoa in front of a gentle fire.  I’ve read a lot of holiday-themed books, but never one that uses the phrase, “Lo and behold it’s Christmas morning!” 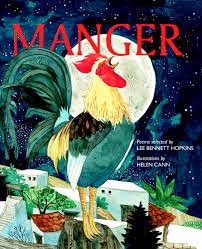 If animals could talk, and if a llama somehow joined a horse, cat, dog, spider and a few more traditional stable animals in Bethlehem, and if the animals spoke in short rhymes, they might produce “Manger,” poems selected by Lee Bennett Hopkins.  Perhaps this book also needs the gentle fire, hot cocoa, and a small child looking at the animals and imagining them speaking. 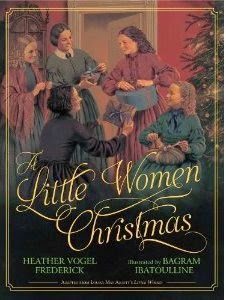 “A Little Women Christmas,” adapted from Louisa May Alcott’s Little Women by Heather Vogel Frederick, is another book that needs to be shared in front of a cozy fire.  The illustrations are warm, lit by candle light and fireside, and the adaptation is a bit easier to understand than the original.  After reading this adaptation, I’m in the mood to re-read “Little Women” 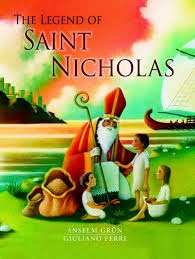 Posted by Litchfield Public Library at 11:02 AM