Popular books for the people on your shopping list

As you work on your Christmas shopping, are you looking for some book ideas for people on your lists?  I can tell you which new titles are popular in our library system.  One of these might be just the right thing for someone you know
.

Killing Patton: The Strange Death of World War II’s Most Audacious General is the latest in the Bill O’Reilly and Martin Dugard “Killing” series.  In this one, the authors question whether the general’s death from injuries sustained in a car accident was really accidental.  It’s the in-demand book in our library system right now.  For the history buffs and conspiracy theorists on your list.

The last book in Nora Roberts’ Cousins O’Dwyer trilogy has just come out.  Blood Magick wraps up the series about the Dark Witch gift shop in County Mayo, Ireland, and the owner’s forbidden romance.  For fans of Nora Roberts and paranormal romance.

John Grisham has a new novel out, Gray Mountain.  This is his 27th to be published.   A young lawyer is laid off from her comfortable New York job and ends up working in legal aid in Appalachia.  This is the first time Grisham has had a female main character.  For fans of legal thrillers and those who care about environmental causes. 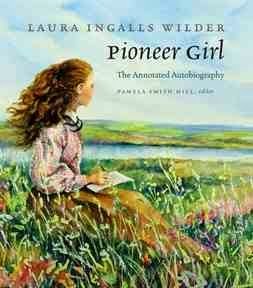 Laura Ingalls Wilder’s autobiography has just been published and is expected to be available from booksellers this month after a couple of delays this fall.  Pioneer Girl: The Annotated Autobiography is a project of the South Dakota State Historical Society, which is a very small publisher.  This is Laura’s first draft of her life story, written in 1930 before she began her novels.  This book contains new background research by the historical society that gives context to Laura’s story.  It should be interesting to see which stories were left out of the eventual series because they were too mature for children, as well as to find out what Laura’s original writing was like.  This book is on my Christmas list, and I keep hearing that other people are asking for it, too.  For Little House fans, obviously.

Stolen from the Garden: The Kidnapping of Virginia Piper is the true story of a wealthy socialite who was kidnapped for ransom in Orono in 1972.  Author William Swanson reviewed documents about the case and interviewed many of the people who were closely involved.  In the end, Swanson makes his case for what he thinks really happened.  For fans of true crime.

James Patterson books are always popular, and this is true for the latest Alex Cross novel, Hope to Die.  Patterson has a new book out every other month or so, pairing up with other writers to pump them out.  This one appears to be written by Patterson himself, and the reviews are good.  Detective Alex Cross is battling a psychotic genius to get his family back.  This isn’t the place to start reading the series, so it would be for people who are already fans of these thrillers.

Lila is the latest novel from Pulitzer Prize-winner Marilynne Robinson.  It tells the story of the minister’s wife from Robinson’s novel Gilead, who is the mother of the main character of her novel Home.  It isn’t necessary to have read the other two books, however.  This novel tells of Lila’s difficult years of abuse and homelessness and how she adjusts to her new life with such a past.  For literary readers.

One good thing about library books is that you can check them out for free before you decide if you want to buy a copy for yourself.  The titles I’m covering here have waiting lists because they are so popular, so you may or may not have the chance to borrow these before Christmas.  But we have shelves full of so many other things that you can preview before you make your Christmas list or do your shopping.  Have a happy holiday season!
Posted by Litchfield Public Library at 1:30 PM