January is here, and so is our annual adult winter reading program.  The theme this year is “Book Your Winter Getaway.”

When you sign up, you will receive a blue book bag, a bookmark, six book review forms, and a punch card for keeping track of the number of book reviews you have turned in.

The goal is to read six books by the end of March.  When you have turned in all six book reviews, you can choose a prize: a Book Your Winter Getaway mug, an adult coloring book, a metal bookmark, a stylus pen, or an extra-large Hershey bar, while supplies last.  You will also be entered into a drawing for gift certificates to local businesses, sponsored by the Friends of the Litchfield Public Library.

So what to read to get away from Minnesota winter?

Would you like a holiday in France?  Martin Walker has come out with a new Bruno, Chief of Police novel, titled Fatal Pursuit.  These mysteries are set in the south of France, with this one bringing Bruno a little romance as he works to solve two murders during the annual fete in St. Denis.

Maybe you’d like to run away to Australia.  A Few Right Thinking Men is a mystery by Sulari Gentill set during the Depression.   Young gentleman painter Rowland Sinclair takes up an investigation when his uncle is killed and he believes the police are pursuing the wrong leads.  Many books are set during the Great Depression, but seeing that era in Australia is unusual.  The first in a planned series of seven, this novel is recommended for fans of Miss Phryne Fisher, Maisie Dobbs, and Lord Peter Wimsey.

For a trip to Italy, you could pick up A Voice in the Night by Andrea Camilleri.  This Inspector Montalbano mystery finds the inspector investigating a basic supermarket robbery that turns into a more complicated case with two possible murders.  Is it about political power and the mafia?  Maybe you won’t feel like getting away to Sicily if you read this one, but Camilleri’s books are known for their humor, which is its own kind of escape.

Michael Connelly’s Harry Bosch mysteries are set in Los Angeles.  The newest is The Wrong Side of Goodbye.  Now a private investigator who doesn’t need to advertise, Bosch is hired by a dying billionaire who wants to find out if he has an heir.  His great love when he was young was a Mexican girl who disappeared while she was pregnant.  Reviewers say this novel is Connelly at his best. 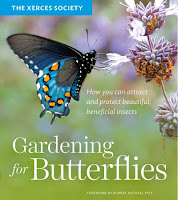 If you’d like a nonfiction escape, you could do some planning for spring with the new book Gardening for Butterflies: How You Can Attract and Protect Beautiful, Beneficial Insects by the Xerces Society.  The book explains how to choose plants and design a butterfly garden you can enjoy this summer.

Another kind of nonfiction escape, The Wonder Trail: True Stories from Los Angeles to the End of the World is a travel memoir.  Steve Hely, a writer for the television show “The Office”, backpacked to the southern tip of South America.  This is a travelogue that focuses on the positive and the humorous, without ignoring the challenges that people in Central and South America face.

Books can take us to places and times that are completely different from where we really are.  Get away this winter by picking up a good book.
Posted by Litchfield Public Library at 1:44 PM