Travel to a different time in a book 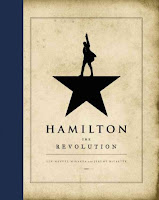 Do you like to go back in time when you read a novel?  Or to learn your history through a good story?  My very favorite way to learn about history is through musicals like Hamilton and Les Misérables, but I enjoy reading historical fiction, too.  Of course, some authors base their historical fiction on factual events and people, while others create stories and characters that simply take place in a different time.  Any author of historical fiction writes it best when they’ve done their research and have a solid sense of the time period of their story, whether that’s ancient times or the 20th century.  Our library has a huge range of historical fiction, including these novels that have recently been added to our collection.

The Dangerous Ladies Affair by Marcia Muller and Bill Pronzini is a historical mystery.  This is book five in the Carpenter and Quincannon series about a pair of fictional detectives.  The series is set in 1890s San Francisco, with echoes of the Sherlock Holmes stories which were written during that era. In this installment, Sabina and John need to stop an extortion scheme and solve a locked room murder.

Tracie Peterson has a new book out with co-author Kimberley Woodhouse: In the Shadow of Denali.  This Christian fiction novel launches a new series called The Heart of Alaska.  A young woman works as a cook in the new hotel near Mt. McKinley, while her father works as a wilderness guide.  A young man arrives to become an apprentice guide, but his real goal is to investigate his father’s death.  The two find romance as they work together to find answers on the frontier in the early 1900s.

Lillian Boxfish Takes a Walk tells the life story of an 85-year-old woman as she walks to a party in New York City in 1984.  Based on a real person with a different name, Lillian was the top woman in advertising in the 1930s.  As she meets people from all walks of life along her way, the quick-witted Lillian reflects on her exciting and difficult life and the ways that the city has changed from the Jazz Age to the ‘80s.  Book critics like this one.

W.E.B. Griffin’s newest novel, Curtain of Death, features the kidnapping of two Women’s Army Corps members in Munich in 1946.  One of them works for the Directorate of Central Intelligence, and she kills the Soviet agents who kidnap her, causing repercussions for her agency.  This series, Clandestine Operations, is co-written with William E. Butterworth, and it features the creation of the Central Intelligence Agency and the beginning of the Cold War.

Fans of Regency romance may enjoy Someone to Love by Mary Balogh.  The Earl of Riverdale has died, leaving his fortune to the daughter no one knew he had.  Anna grew up in an orphanage in Bath, knowing nothing of her family, and now she must learn to be a lady, while dealing with the resentments of her newfound relatives and the attentions of a duke.

The One Man by Andrew Gross is a thriller about an attempt to free a man imprisoned in Auschwitz.  A physics professor has been taken there, and the Nazis have burned his papers, leaving him as one of only two people in the world with the knowledge contained in them.  A man with a desk job working in intelligence in Washington, D.C., is sent on the mission.

Historical fiction can take the form of romance, mystery, fantasy, horror, Christian fiction, or even comics.  Talk to our staff and we will be glad to help you find a book set in a time period you enjoy.
Posted by Litchfield Public Library at 2:49 PM