Something to Think About

One of the Minneapolis/St. Paul tv stations announced recently that Creative Kidstuff, which owns toy stores in Minneapolis, St. Paul, Edina, Minnetonka, St. Louis Park, and the Mall of America, is closing all of its stores by this summer.  Although I haven’t visited a Creative Kidstuff store and rarely buy toys, I’m sad to see this happening.  Creative Kidstuff has specialized in high-end, good quality children’s toys.   “Big-box” stores and online shopping have contributed to the decline of toy shops, but there has also been a huge shift in how children play.

Think about the way your grandparents played.  My grandma Pearl had one doll, a precious, beautiful doll with hair and clothes that she unexpectedly received one Christmas.  My grandpa Everett only had a 3rd grade education and was on his own from about age 9.   I don’t remember my grandma Emma talking about playing with toys as a child.  She talked about their horses and she loved to draw and paint.  My mom had a special doll, well-loved and cared for, that is in my cedar chest.  My dad talked about playing with a dog, Tiny, and trying to baptize kittens.  He went hunting and fishing as soon as he was old enough.

In my childhood we roamed our neighborhood.  We played cowboys, combat, other “army” things, wedding, (I knew some of the words of the marriage service), and school.  We rode trikes and bikes, and were basically outside every day before supper.  One family had a bigger house with more indoor toys, and we were allowed to play there in the “family room.”  I had a dollhouse, made by my grandpa and furnished by both grandmas, including a tiny braided rug for one room. My husband Dave grew up on Diamond Lake when their side of the lake was basically woods and pasture.  They played baseball and other sports-related things, as well as army from the various wars.  Since they were and are history buffs, their play was more historically accurate than what we played on our little block.

What do children play now?  My daughter, now 35, had too many Barbies and My Little Ponies to count.  I remember her being outside a lot, but she also spent a lot of time indoors.  We bought her an old school desk, so she spent hours coloring and writing at her desk.  The kids in our neighborhood played outside in all of the yards of people we knew, but I remember a strong parental presence. 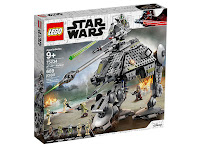 The National PTA website states that children are spending more time alone.  Children are increasingly isolated.     One of my concerns is that toys are becoming highly specialized. According to the site familyeducation.com,   “The kinds of toys that are multi-purpose and unstructured, like clay, blocks, generic toy figures, and baby dolls, encourage play that children can control and shape to meet their individual needs over time. Unfortunately, most of today's best-selling toys promote highly-structured play. They're usually action figures or video games linked to TV programs or movies. They ‘tell’ children how to play and can channel them into merely using the toys to try to imitate what they see on TV or in the movies.”   I like to purchase large quantities of Playdough and Legos.  Now both brands show kids what to make and how to play in elaborate sets and kits.  Both Playdough and Legos are difficult to find in bulk.

I did not know when the deregulation of children’s television took place but it coincided with the birth of our daughter.   “The phenomenon of media-linked toys arose in 1984 when children's television was deregulated by the Federal Communications Commission. Deregulation made it legal to market toys to children through TV for the first time. Almost immediately, whole toy lines featuring replicas of what children see on the screen appeared. TV shows -- and now movies too -- are made to sell products to children. Often, what is frustrating to parents and children alike is that while the age recommendation on the toy box is for children as young as four or five, the show connected to the toy has a rating for much older children. And because many of the most popular shows linked to toys have violent themes, like the Mighty Morphin Power Rangers, World Wrestling Federation, and Star Wars, what children are often channeled into imitating is violence… When your child does engage in violent, imitative play based on TV shows, movies or toys, help her bring in her own creativity and imagination. However you view this kind of play, the more you can help your child's play become creative, the less violent it will be.”  (www.familyeducation.com) 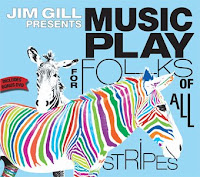 Jim Gill, a musician, author, and child development specialist, says in his notes on the cd Music Play for Folks of Different Stripes, “Play should be put in its proper place...  Play is how young children develop abilities and learn lessons that are broader than any lessons adults might dream up to teach them.”

At Litchfield Library, we do open-ended activities.  We free build with Legos. We play with a parachute in low-key and child-friendly ways.  We do projects, but the process is more important than the product. Come play with us at Litchfield Public Library!