Cozy in the Kitchen

A cozy kitchen can be a good place to find comfort as the days get darker and colder.  You can visit the library for new cookbooks to try out as you warm up your kitchen this fall and winter. 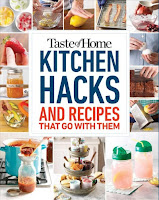 Taste of Home is a popular magazine that publishes recipes submitted by home cooks.  The company, which is part of Reader’s Digest, also publishes cookbooks.  One of their latest is Taste of Home Kitchen Hacks: 100 Hints, Tricks & Timesavers – and the Recipes to Go withThem.  This sounds like a unique cookbook, focused on tricks to make things easier in the kitchen, like how to chop six hardboiled eggs at once or how to hull strawberries with no mess.  Recipes accompany the helpful hints.  I’m intrigued to look at this one.

Award-winning chef Sean Brock’s second cookbook South: Essential Recipes and New Explorations has been named a best cookbook of this fall by a number of media outlets.  Brock covers the core recipes of Southern cooking here, along with a look at the different regions within the South and their history and specialties. Look for fundamentals like grits and fried chicken, along with less familiar foods like eggplant purloo and rhubarb-tomato conserve, in this artfully photographed book. 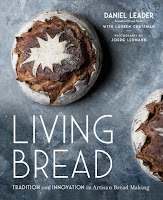 The smell of bread baking makes a house feel warm and snug.  The new cookbook Living Bread: Tradition and Innovation in Artisan Bread Making might inspire you to try out some new bread baking techniques.  Author Daniel Leader founded the Bread Alone Bakery in the Catskills in 1983 with help from a French expert.  He produces organic, wood-fired, artisan bread on a large scale using environmentally friendly methods, and he has been influential in the artisanal bread world.  Using this cookbook, you can bake basic breads or more complicated things like sourdough and sprouted breads. 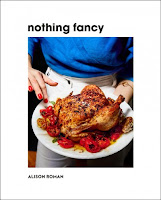 Gathering with friends and family is another way to raise your spirits this time of year.  Author Alison Roman says, “It’s not entertaining, it’s having people over.”  In her new cookbook Nothing Fancy: Unfussy Food for Having People Over, Roman presents an array of trendy gourmet recipes that she says are easy to make and crowd-pleasing.  I would say it’s all fancier than what most of us are used to, but the ingredients don’t look overly intimidating. 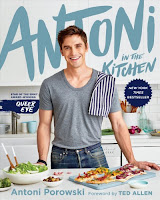 For another trendy cookbook with recipes that sound a little simpler, you can look for Antoni in the Kitchen.  Author Antoni Porowski is the food and wine expert on the popular Netflix show Queer Eye, and he specializes in teaching people how to become more confident with their cooking.   The cookbook includes sections on vegetables, pasta and rice, meat, and baked goods, as well as a chapter called “weeknight healthyish.” 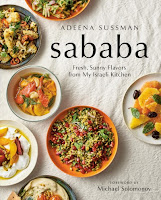 For a cookbook with more exotic ingredients, check out Sababa: Fresh, Sunny Flavors from My Israeli Kitchen by Adeena Sussman.  “Sababa” is Hebrew for “everything is awesome” (cue the catchy song from the Lego Movie). This cookbook takes a cheerful approach to sharing the foods Sussman has learned about since moving from America to Israel, especially things she finds in her local outdoor market.

Thanksgiving is just around the corner, with all of the delicious food involved in that day. Oscar Wilde said, “After a good dinner, one can forgive anybody, even one’s own relatives.”  Check out one of the vast numbers of cookbooks at the library and find some recipes for good dinners to make at your house.