Quirky: Characterized by Peculiar or Unexpected Traits. As in "her sense of humor was decidedly quirky" 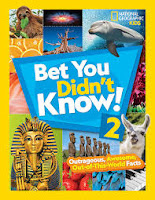 “Bet You Didn’t Know! 2: outrageous, awesome, out of-this-world facts!”  This quirky book is by the staff at National Geographic Kids.  The book is packed with colorful pictures and all sorts of information that you probably don’t know about. You might not know that you need this book, but you do.

Another quirky book comes to mind, “The Big Book of Silly Jokes for Kids,” by Carole P. Roman.  This book contains more than 800 jokes for kids. The jokes are oldies but goodies like “What word is always spelled wrong?  Answer: the word, wrong.  The quirkiest user of this book was a mom who cut out jokes and put them in her child’s lunchbox.
always spelled wrong? 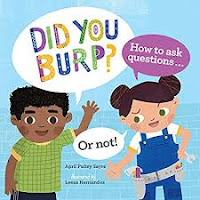 “Did You Burp? How to ask questions…or not!” is a slightly quirky book by April Pylley Sayre that answers important inquiries such as “what makes a good question?” or “what makes a rude question?” This is an important social skill, and it is useful in many situations.  But it has to be learned, as any parent who has survived the hundreds of questions asked by  young children on any given day. 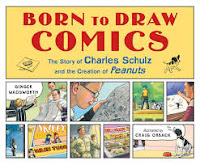 The “Peanuts” comics can be a little melancholy:  think of that poor little Christmas tree, or Charlie Brown never, ever kicking that football.  But “hopeful joy” is how a reviewer at Amazon.com describes Charles Schulz, and his biography, “Born to Draw Comics.”  Ginger Wadsworth wrote, and Craig Orback illustrated this colorful biography of one of the most influential comic strip artists of our time. 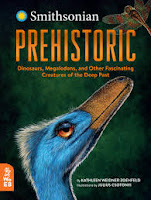 “Prehistoric,” by Kathleen Wiedner Zohfeld, gives a broad look at prehistory.  Contrary to popular supposition, I am not a living fossil. 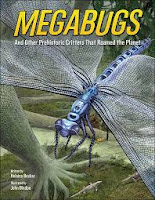 Another book, "Megabugs: and other prehistoric critters that roamed the planet," by Helaine Becker, also looks at prehistoric animals, but is limited to insects.   I hope no one gets the idea to clone a bunch of prehistoric insects, including the millipedes that were as big as crocodiles!"

“Charlotte Bronte before Jane Eyre,” by Glynnis Fawkes is a book that is quirky because of its format.  This is a  biographical graphic novel.  It shows the Bronte sisters early life and education and ends with the publication of “Jane Eyre.”  I have affection for this book, because one of the comics I owned as a child was a Classics Illustrated volume of “Jane Eyre,” probably published around 1965.  I read it again and again.  And nostalgically just ordered it online.     See you at the library!