Part of my job for the next month involves looking at books that we put on an automatic order last year to see if we should automatically order them again.   One that I’m definitely adding is Tim Green.  He was a star defensive end with the Atlanta Falcons, earned a law degree, and has worked as an NFL commentator for FOX Sports and NPR.  Mr. Green writes books for adults, including “The Dark Side of the Game,” and   “American Outrage.”  He also writes books for younger readers, “Football Genius,” “Football Hero,” “Rivals,” and others.  His newest book is “Kid Owner,” a kind of Cinderella story about football in which a boy named Ryan suddenly becomes the owner of the Dallas Cowboys.  As Tim Green says, not only is this a dream come true, it might just help Ryan survive middle school.

Another author that I will keep on automatic order is Kenneth Oppel, well known for his “Silverwing Trilogy” and “Airborn,” among other great juvenile novels.  His new book, “The Nest,”  is really unusual.  One reviewer at amazon.com said “If Stephen King were writing children’s books….”   Several reviewers mention “Coraline,” by Neil Gaiman, an equally haunting and creepy book.    Let me just say that “The Nest” is extremely well-written and will stay with you for a while.    If you don’t like wasps, stay away from “The Nest.”

Lian Tanner is an author I’d like to see on automatic order.  Her new trilogy, “The Hidden,”  begins with the book, “Icebreaker,” which shows an outstanding bit of world-building.  The Oyster is an ice breaking ship that has been sailing for 300 years on a frozen ocean. The crew has forgotten its original mission, and is divided into tribes based on job function.  The heroine is a girl named Petrel whose only friends are two large, talking rats.  The secrets of this strange ship are revealed bit by bit. My favorite review at amazon.com was from a 10-year old named Tiaki, who wrote: “It was set very well. The way everything happened was very good.”

I don’t know how three strong writers can work together to tell one story.  Scott Westerfield has teamed up with Margo Lanagan and Deborah Biancotti to launch a new series, “Zeroes.”  The heroes of “Zeroes” (Sorry, I just had to write that) are six teenagers in California who have really unusual powers.  There is an immediate connection to the re-launched “Heroes” show on NBC.  But the superpowers in this diverse group of teens are unusual.  I found myself wondering which viewpoints were written by which author. 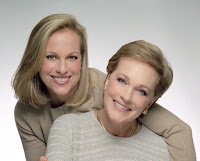 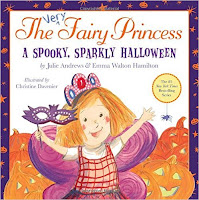 I have to mention a couple of picture books.  Just in time for Halloween, “The Very fairy Princess: A Spooky, Sparkly Halloween,”  written by  Julie Andrews and  her daughter, Emma Walton Hamilton, is the perfect book for people who like to play dress up, who like Halloween, and who are princesses.  An epic costume failure lets Gerry, the very fairy princess, save the day. 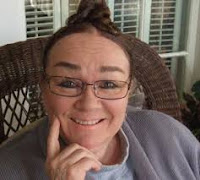 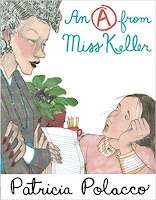 I know that I did.