Find a Book to Finish the Winter Reading Program

The adult winter reading program runs until the end of March, so if you’ve signed up, you still have a couple of weeks to turn in your book reviews.  The mugs are a really popular prize choice this year.  You will need to read and review three books to get a prize and six to be entered in a drawing. 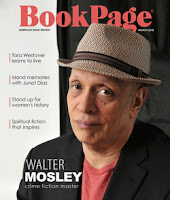 One good source for book ideas is BookPage, the book review magazine we get at the library.  It’s funded by the Friends of the Litchfield Public Library, and many copies are available at the front desk each month for people to take home.  Walter Mosley is on this month’s cover, since he has a new book out, titled Down the River Unto the Sea.

What else is new in fiction lately?  Kristin Hannah has a very popular new book, The Great Alone.  In 1974, a former Vietnam War POW impulsively moves his wife and 13-year-old daughter to Alaska so that they can live off the grid.  But the family is completely unprepared for the harsh reality of life in the wilderness.  As winter descends, the father’s mental state deteriorates, and mother and daughter learn just how alone they are.  This one has a bit of a waiting list, but reviews suggest it’s worth waiting for.

Fifty Fifty is one of James Patterson’s newest, written with Candice Fox.  This is the second book in the Detective Harriet Blue series.  In this installment, Harriet’s brother has been accused of murder, and her outburst at his trial gets this Australian detective reassigned to a tiny town in the Outback.  Harry needs to escape a man holding her hostage to save the people in the town from a mass murderer and reach a young woman in Sydney who has the information to exonerate her brother.  Thrilling stuff!

The new Girl on the Train is The Woman in the Window by A.J. Finn.  Books with potentially unreliable narrators have been popular since Gone Girl.  The Woman in the Window references Hitchcock movies, with the agoraphobic main character Anna spending her days watching film noir classics, drinking wine, and watching her neighbors.  Anna sees something she shouldn’t while spying on the new neighbors, but is it real or imagined?  The book is in development for a movie version.

An American Marriage by Tayari Jones saw a sudden boost in popularity when Oprah picked it for her latest book club selection.  People magazine also named this its book of the week right before Oprah’s announcement.  Newlyweds in Atlanta are starting on successful careers when husband Roy is sent to prison for a crime he didn’t commit.  His wife struggles alone for five years and takes comfort with an old friend, and then Roy’s conviction is suddenly overturned and he returns to resume his life with her.  Dealing with issues of race, marriage, and loss, reviewers say Jones has written a complex and powerful story. 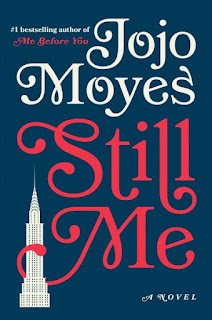 If you liked Me Before You and After You by Jojo Moyes, you’ll want to read Still Me, the third in the series.  Louisa Clark has moved from England to New York, taking a job with an extremely rich family and trying to make a long-distance relationship work.  This installment is about Louisa learning to be herself, and it’s described as funny and charming.

Winter isn’t quite over yet, and March often brings snowstorms.  Pick up a novel or two and make the best of it.