Cozy up with a magazine from the library 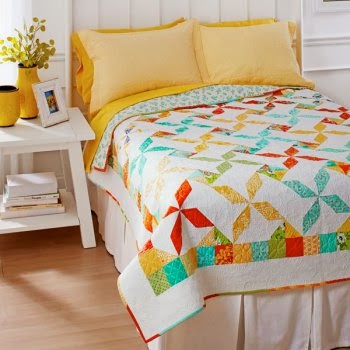 One magazine that seems like a good candidate to bring home is “American Patchwork and Quilting”.  It includes patterns for quilts, pillows, bags, and other patchwork items.

One of our most popular magazines is “Consumer Reports”.  You’ll need to ask for all of these issues at the front desk.  You can check out issues that review cars, appliances, computers, and many more items you’ll want to research before you buy. 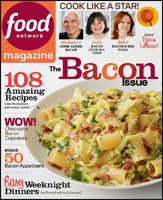 One of our newest additions is “Food Network Magazine”.  Featuring the stars of the shows on the Food Network, the magazine is full of recipes to try.  This month’s issue has a bacon theme.


Pioneerland Library System offers e-magazines as well as print magazines.  Through our Zinio service, you can download issues of the magazines we subscribe to electronically.  You can even get set up to be notified whenever a new issue is available.  This isn’t like going to a magazine’s website, where you’ll only find highlights of what’s really in the magazine.  It’s the entire issue, with pages looking just like they do in print, but viewable on your computer or tablet.  Some magazines have additional things you can do with the electronic version, like watch a video or listen to a sound clip.
To get to this service, go to www.pioneerland.lib.mn.us/eMagazines.htm.  You’ll need to set up two accounts online and have an active library card to do so, but the instructions are on our website for you to follow step-by-step.  It’s free to use. 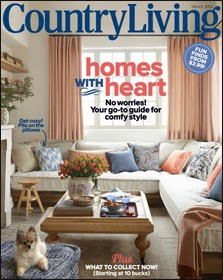 Pioneerland subscribes to 34 e-magazines, including “Country Living”, “Do It Yourself”, “Eating Well”, “Macworld”, and “National Geographic Interactive”. 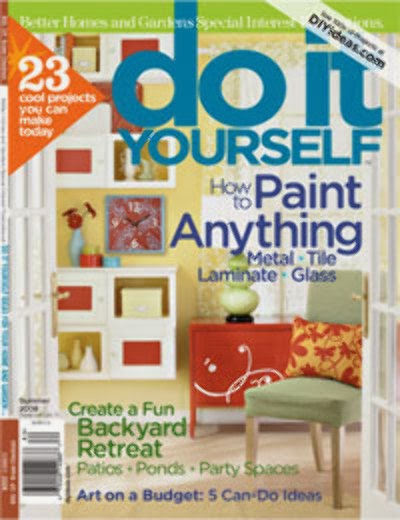 Read magazines in whichever way you want: electronically, downloaded from our website; in print, checked out and read at home; or in print, read in a library easy chair underneath our antique clock.


Speaking of the clock, I’d like to thank Greg Heath for donating his time and expertise to repair the clock that hangs in our reading area.  It’s a beautiful timepiece from the late nineteenth century, older even than the original Carnegie library.  Take a look the next time you’re in to read the paper!
Posted by Litchfield Public Library at 3:04 PM

Email ThisBlogThis!Share to TwitterShare to FacebookShare to Pinterest
Labels: magazines

The Return of Raechel the Reviewer

I recently sent in a DNA sample to be part of a genome project.  I will learn how much Neanderthal, Denisovan and other ancient people groups are in my ancestry.  Who knows?  Perhaps there will be some Viking genes!  My friend Raechel shares my interest in history and reading, and occasionally writes a book review for me.  I’m always delighted to receive one of Raechel’s reviews.

“As soon as I received this book and opened its beginning pages, I knew I was going to love it. First of all, you should know, I’ve always loved the history involving Vikings. I find it so interesting.

God’s Daughter is super well-written. It captivates you. I really liked how uniquely it was written, truly.

I loved Gudrid. Her character was very relatable for me right now. I love a character that you can understand what she is going through. Towards the end when she just felt tired from all the death (sorry for that spoiler!), I identified; I grieved. Because I understand her feelings of being so weary.

God always has me read books at the perfect time, and I think this was one of those. I’ve been tired and worn lately. There has been a lot going on. That allowed me to relate to Gudrid and reading this book has allowed me to also ‘grieve’ in my own way. When I finished it, I felt this deeper sadness in me, and I thought it was due to the book, but, I think more accurately, it is that the book just let all that surface in me.
Now, I don’t want you to think this is the most depressing book – because it is not! It is a very good book, and one I’ll keep close. Yes, it’s evident about the struggles involved, but that is partly what makes it such a good read. It’s a real book, not just a ‘fluffy’ one.

And there are happy parts in the book – I smiled many times during my time reading.
“God’s Daughter” is an excellent book. It’s enlightening to the time period, and teaches you more without you even realizing it.  It’s a rich book. The ages I would encourage to read this book would be from at least 16 years old and upward, only for some minor scenes of the pagan rituals and minor marriage references. Nothing huge at all, as it was all carefully written.  I thoroughly enjoyed this book, and am eager for more in the series!  I would definitely recommend this book.”

I (Jan) have the last word: God’s Daughter is the first book in the “Vikings of the New World Saga,” published by CreateSpace Independent Publishing Platform.  The book is not available in Pioneerland Library System because libraries normally don’t purchase self-published books.  We often accept books that are donated by local authors who self-publish. Libraries usually have a policy that requires purchase of reviewed books. In fact, at one time we sent in order cards that included the location of the reviews we read. Now librarians face a dilemma, as more and more authors are publishing books through self- publishing services, often going immediately to digital format.   Since these books are usually not reviewed, librarians often are unaware of them or the books may not be up to the standards of traditionally published books.  A good editor is an author’s best friend.

God’s Daughter can be purchased at amazon.com in paperback or Kindle format, or at barnesandnoble.com, in paperback or Nook format, an example of how book publishing has changed and is continuing to evolve. Thanks, Raechel, for bringing this book to our attention.
Posted by Litchfield Public Library at 10:31 AM

Since it’s nearly Valentine’s Day, I suppose we should talk about romances.  Not all romance novels are the stereotypical “trashy Harlequins”; in fact, Harlequin offers so much variety now that some of theirs get great book reviews.  Following are some well-reviewed love stories you can find at the Litchfield Library.

Many romance readers enjoy stories set in the Regency era -- think Jane Austen.  One from this past year is The Autumn Bride by Anne Gracie.  It made NPR’s and Library Journal’s lists of the best romances of 2013.   In a desperate act to save her sister and two friends from a life on the streets, former governess Abigail breaks into a mansion she believes is abandoned to steal something.  She finds the neglected and ill Lady Beatrice instead.  Lady Beatrice takes in the young women as her “nieces” to save herself as well as them.  The deception works well for everyone until Lady Beatrice’s handsome nephew Max returns from the Orient.  Publishers Weekly calls it a “deep, rich story” with “deft characterization.”

The Best Man by Kristan Higgins made the same best-of-the-year lists as the previous book.  Faith returns to her hometown years after being left at the altar.  She comes back to help her family with their winery, but she also needs to confront her past and her former fiancé’s best man, who broke up her wedding.  They find healing and a second chance in the friendship and chemistry they discover together.  This one is supposed to have some good humor, as well.  And it’s published by Harlequin!

Steampunk is a relatively new genre, really a type of science fiction.  These books are usually alternative Victorian history in which the inventions people imagined in that time are real and the world is steam-powered:  think Jules Verne and H.G. Wells.  Bec McMaster is the author of a series of steampunk romances set in London.  The first is Kiss of Steel, the second is Heart of Iron, and the third is My Lady Quicksilver; more will be coming.  Heart of Iron has gotten especially good reviews.  Lena is a debutante, spy, and secret clockwork toy maker who help to polish a werwulfen diplomat who has sworn to protect her.  Romance and seduction ensue.

A bit more literary, Mrs. Poe by Lynn Cullen was grouped with the love stories in NPR’s best of the year.  Is it a romance novel just because there’s a love affair in it?  So many books involve a love story, but that doesn’t make them romance novels.  Really for something to be called a romance novel, it's supposed to have a happy ending and be focused on the romantic relationship.  I think that means this one is historical fiction instead of romance, but it is about an imagined passionate love story.  Poet Frances Osgood, a real person who is known to have been friends with Edgar Allan Poe, struggles to support her children after her husband abandons them.  She meets Poe and finds that they have a powerful attraction which leads, at least in the novel, to an affair.  Meanwhile Poe’s frail, odd wife insists on befriending Frances.  As the novel progresses, Mrs. Poe’s friendship becomes more threatening and concealment of the affair more difficult.

The Typewriter Girl is another novel that is romantic but not all about the romance.  This first novel from Alison Atlee landed on Publishers Weekly’s lists of this past year’s best romances, but it is again a historical novel.  At the turn of the last century, Betsey arrives at the English seaside resort of Idensea with barely a thing other than the hope of finding employment, having been fired from her last job for resisting a lecherous clerk.  She is hired by John Jones to run tourist excursions. Through this opportunity, Betsey discovers her business abilities and independent streak, as well as her soul mate.

Find a novel to sweep you away with a good love story this Valentine’s weekend.  You decide if you want something fluffy and escapist or literary and complicated.  The library is like a box of chocolates, with something for everyone.
Posted by Litchfield Public Library at 1:33 PM

Our calligraphy class that begins tonight is full.  We are starting a waiting list for those of you who had still hoped to sign up, in case there are cancellations.
Posted by Litchfield Public Library at 10:55 AM