Qualifications: Requires some high school and an understanding of library organization and services, or a combination of education, training and experience necessary to perform the requirements of the job.  Must have attention to detail and be able to use alphabetical and numerical classification systems when instructed.  Must be able to interact with a wide range of customers in a courteous and effective manner.  Must be able to follow instructions and work independently.

Hours: 4 hours per week: 2 hours on Friday or Saturday and 2 additional hours another day.  Additional subbing hours when needed.

Applicants should submit a completed Pioneerland application form to the Litchfield Library by September 9, 2016.  For more information, contact Beth Cronk at (320)693-2483.
Posted by Litchfield Public Library at 2:58 PM

Email ThisBlogThis!Share to TwitterShare to FacebookShare to Pinterest
Labels: jobs

Thank you to our summer reading sponsors! 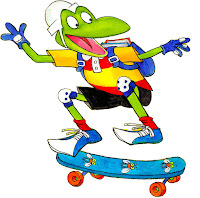 As the summer winds down, I would like to take the opportunity to thank the local businesses and organizations that helped support the summer reading program in the libraries in Meeker County.  With 356 kids participating in Litchfield, 130 in Dassel, and 39 in Grove City, we have been having a busy summer, and we appreciate the generosity of our donors who helped make it fun for the kids.

First, I would like to thank the Friends of the Litchfield Public Library.  They assist in funding the summer reading program prizes every year for the Litchfield Library, as well as things like craft supplies that we use in special summer activities like this year’s Wednesday Fun at the Library.  The prizes funded by the Friends include brand-new books for kids of all ages.  You help the Friends support programs for kids whenever you shop at the library book sale.  The next book sale is this Saturday, August 20, from 10 a.m. to 2 p.m. in the library meeting room.

I’d also like to thank the businesses that donated gift certificates that the kids can choose as prizes.  The following local businesses donated certificates given as prizes in all three libraries in Meeker County: Litchfield, Grove City, and Dassel.


Litchfield DQ donated Dilly Bars for kids in the Litchfield and Grove City programs.  Cokato DQ has given certificates for ice cream cones to the Dassel program.

Cokato Subway has given certificates for cookies to the Dassel summer reading program.

The Dassel Community Chest gave a donation that allowed the Dassel Library to buy new books to give to kids as prizes.

The Cokato-Dassel Lions gave a donation that we used to bring in St. John’s Outdoor University to the Dassel Library for a program called “Nature Olympics”.  St. John’s teaches kids ages three through twelve about science through stories, games, and other activities.

A library cooperative in southwestern Minnesota called SAMMIE provided a grant that the Dassel Library used to create a summer program called Maker Fun.  This twice-monthly program offers a variety of activities for kids age 10 and up, such as games, crafts, and cooking. They have one session left this summer.  Because it has been popular, we’ll be continuing that into fall, once a month on the second Monday after school.

Thank you to all of these businesses and organizations for supporting kids and reading in our communities.  The summer reading programs in all three libraries continue through the last day of August.  Kids and teens can bring in their summer reading game sheets for prizes until then.  Keep reading for fun, for prizes, and for school readiness!
Posted by Litchfield Public Library at 3:43 PM

Of Mermen, Mermaids, and Life

Is 1977 considered one of the golden years of television?  Shows that began in 1977 included The Love Boat, Fantasy Island, The Incredible Hulk, and The Man from Atlantis.  The only show of these four I haven’t seen on cable is The Man from Atlantis. What does this have to do with anything?  Well, I remember that show fondly for the immensity of the oceans and the idea that all kinds of new things were lurking in their depths. This show was like Voyage to the Bottom of the Sea, but with a hunky merman.  Disney took the idea of mermaids to an extreme level of cuteness in 1989, but I still missed “Mark,” who could breathe water and swim like a dolphin.

Recently several young readers have asked me for books about mermaids.    There are series on HBO titled H2O: Just Add Water, and H2O: Mermaid Adventures, and Netflix has Mako Mermaids.  The book market has caught on to this trend, with series like Emily Windsnap, by Liz Kessler, Disney’s Mermaid Tales, and various picture books.

Jennifer Donnelly has a series about mermaids that young adults will find intriguing.  Her underwater world is inhabited by mermen and mermaids that are definitely not cute.   Political intrigues, love interests, and strong friendships characterize this series.  We received the last book in the series, Sea Spell, first, but Deep Blue, Rogue Wave, and Dark Tide are all on order.   Ms. Donnelly calls her series “The WaterFire Saga” and it is aptly named.

Adi Alsaid writes touchy-feely books (sorry, romance and friendship books) for young adults.  This is our first year to try his publisher, Harlequin Teen, and I’m still not sure about this genre.  They are definitely written for older young adults.   Mr. Alsaid’s newest book,  Never Always Sometimes  is a book that received varied reviews on amazon.com.   Most Amazon customers gave this book three or four stars, but one stated it was “a story that wasn't even worth telling.”  I liked this one, (it) “dragged on and on and on and on and no and on.”  I don’t know if the word “no” was a typo or was a deliberate statement.  Mr. Alsaid has a reputation for understanding the feelings experienced by teenagers, and since he was born in 1987, at 29 he isn’t far removed from his audience.    If you read some of our Harlequin Teen books, let me know what you think. 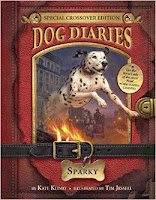 Finally, Dog Diaries: Sparky caught my eye because of the beautiful Dalmatian dog on the cover.  Some of you may remember a huge Dalmatian I brought to the library a long time ago, named Jake.  All my dogs have bonded with me, but Jake adored me, pure and simple.  Dog Diaries: Sparky tells the story of a firehouse dog, Sparky, from her point of view. She experiences the Great Chicago Fire of 1871.  This little book gives resources from the Internet on subjects like the history of Chicago and fires, Chow Chow dogs, and of course, Dalmatians.  These wonderful dogs have been over bred because of their popularity, and Kate Klimo makes this clear in her author’s notes at the end of the book.  They do make wonderful dogs, but need to be well trained and well exercised.

Remember, we’re taking a little break from story hour after Paul Spring’s concert at 10:00 on August 13th.  All of the library’s programs will begin again September 6th.  Enjoy the rest of summer with a great book!