All the Pretty Little Horses

What is it about girls and horses?  A horse-loving patron mentioned that little boys often like horses, but it’s the girls who love them.  Horse books are perennial favorites, and we've recently added several titles that will be well known to horse lovers.

Jane Smiley is famous for her novel,  A Thousand Acres, which received the  Pulitzer Prize and the National Book Critics Circle Award in 1992.  She has a string of letters after her name, including MA, MFA, and PhD.  But did you know that this wonderful writer has written a series of books for young adults?  Titles recently purchased include The Georges and the Jewels (2009), A Good Horse (2010), True Blue (2011), Pie in the Sky (2012), and Gee Whiz (2013). Jane says on her website, “When a girl and a horse find each other, the bond is unbreakable.”

The Winter Pony, by Iain Lawrence, is a book that I almost didn’t purchase for the library.  I don’t like books where the dog, or pony, dies.  Spoiler alert!  In this book, all of the characters die.  Winter Pony is the story of the ill-fated expedition to the South Pole led by Robert Falcon Scott.  This story of courage and kindness needs to be told, but be sure to have a box of Kleenex handy as you near the end of the book.

Kathryn Lasky has started a new series, “Horses of the Dawn.”  The first book, The Escape, introduces us to the horses and their culture, as they escape from Spanish Conquistadores and journey to the land of the sweet grass.  Ms. Lasky created an owl culture in her Guardians of “Ga’Hoole” series, and wolves in “Wolves of the Beyond,” so it makes sense that she would do the same with horses. 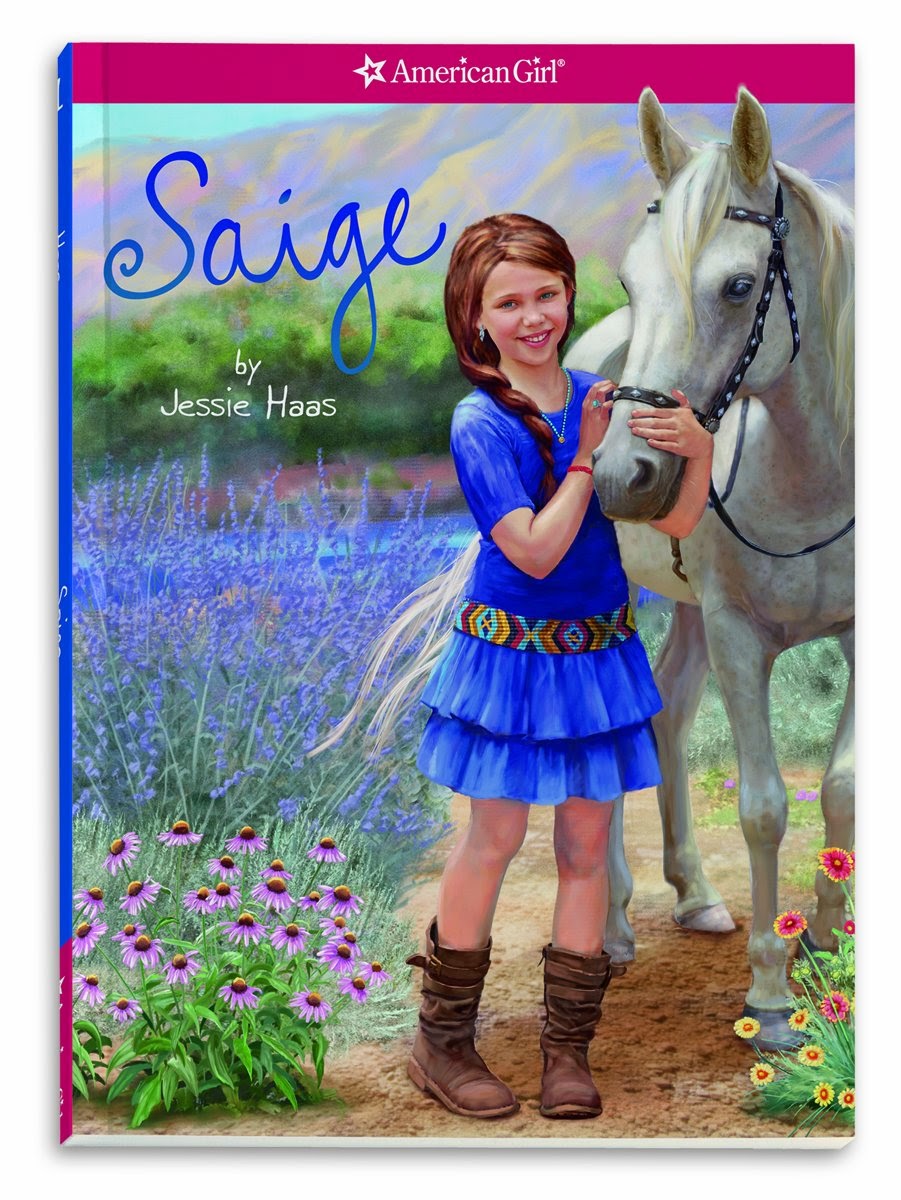 Saige, by Jessie Haas, is an American Girl Today novel.  One of the customer reviews at amazon.com stated:    “This is a great book with a heartwarming tale.  I did wish it lasted longer though.”   This is high praise indeed for a sweet little book about a plucky girl and her grandmother’s beautiful horse.

Black Beauty,  the Black Stallion Books, and other favorites are still available, and still are checked out by horse lovers.  But perhaps the ultimate title is this one: For Horse-crazy Girls Only: Everything You Want to Know About Horses, by Christina Wilsdon.  The title explains itself. Yes, the boys are left out.  But they usually aren’t “horse-crazy.”   See you at the library!