In Case Anyone is Keeping Score!

The American Library Association announced its 2019 Youth Media Awards on January 28, so it’s time for our annual scorecard of hits and misses. 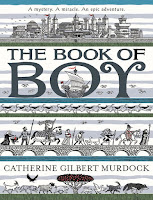 The John Newbery Medal for the most outstanding contribution to children’s literature went to “Merci Suárez Changes Gears,” by Meg Medina.  Three copies are available in Pioneerland Library System. One of the copies is in Meeker County, at the Grove City Library.   The Newbery Honor  books this year were “The Night Diary,” by Veera Hiranandani, and “The Book of Boy,” by Catherine Gilbert Murdock.  Two Meeker County libraries, Dassel and Litchfield, have “The Night Diary.”  Three other copies of “The Night Diary” are available in PLS. “The Book of Boy” is found only at Litchfield. 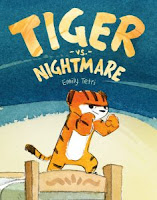 I follow the Theodore Seuss Geisel award every year with great interest.  Poor Dr. Seuss has fallen out of favor with some folks as the inflammatory cartoons he drew for propaganda during WWII have come to light.  I still love Dr. Seuss and am glad the award in his honor is still given for the most distinguished beginning reader book.  The winner this year was “Fox the Tiger,” by Corey R Tabor, which no libraries in PLS ordered.   Four Geisel Honor books were chosen.  “The Adventures of Otto: See Pip Flap,” which no one in PLS ordered; “Fox + Chick: The Party and Other Stories,” which six libraries, including Dassel, ordered; “King and Kayla and the Case of the Lost Tooth,” written by Dori Hillestad Butler, added by two libraries in PLS but none in Meeker County; and “Tiger vs. Nightmare,” written and illustrated by Emily Tetri, which five libraries in PLS added, including Cosmos, Dassel, and Litchfield. 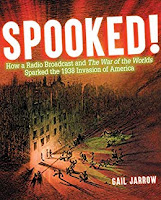 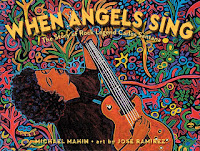 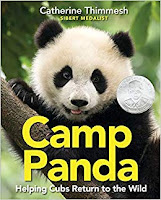 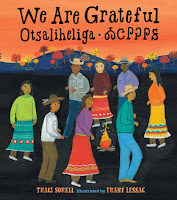 Finally, I always check on the Robert F. Sibert Informational Book Award, presented to the most distinguished informational book for children.  This year the award was presented to “The Girl Who Drew Butterflies: How Maria Merian’s Art Changed Science,” written by Joyce Sidman. Seven libraries in PLS added this book, including Grove City and Litchfield. Five Sibert Honor Books were also named: “Camp Panda: Helping Cubs Return to the Wild,” by Catherine Thimmesh; “Spooked! How a Radio Broadcast and “The War of the Worlds Sparked the 1938 Invasion of America,” written by Gail Jarrow; “The Unwanted: Stories of the Syrian Refugees,” written and illustrated by Don Brown; “We are Grateful: Otsaliheliga,” written by Trai Sorell; and "When Angels Sing: The Story of Rock Legend Carlos Santana," by Michael Mahin.

I’d like to know more about how and why various books make the cut.  I wonder why “Fox the Tiger” received the award but none of the PLS librarians read reviews and chose that book.   I may never know, as the committee members keep their deliberations secret.

I’ll let you in on a little secret.  The person who buys these wonderful books for our Meeker County libraries is – me!  It’s been a very good year!       See you at the library!