by Jan Pease
On Monday, January 28, at about 9 a.m. our time, the American Library Association announced the winners of the most prestigious American book awards for young people.  Every year, I keep a score card, checking to see if I added award-winning books to the Litchfield collection.  Some years the score card  shows only one or two that I catch, but this year is an exception.

First, the Newbery Medal, which is given to the author of the most distinguished contribution to American literature for children. The 2013 winner is “The One and Only Ivan” by Katherine Applegate, published by HarperCollins. When Ivan, a gorilla who has lived for years in a down-and-out circus-themed mall, meets Ruby, a baby elephant that has been added to the mall, he decides that he must find her a better life. Ivan says, “I am Ivan. I am a gorilla. / It’s not as easy as it looks.” An author’s note describes the true incident that inspired this story and includes more information about the real Ivan.  Wahoo!  Litchfield and Dassel have this book. 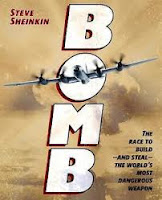 Other books receive a Newbery Honor medal, a bit like the silver medals in the Olympics. One of the Newbery Honor books is “Splendors and Glooms” by Laura Amy Schlitz, published by Candlewick. This one was in the Litchfield January book order, so that sort of counts.  “Bomb: The Race to Build — and Steal — the World’s Most Dangerous Weapon”  by Steve Sheinkin, published by Flash Point/Roaring Brook, is another Newbery Honor book. “Bomb” also received the Robert F. Sibert Medal for the most distinguished informational book for children published in 2012. Both Litchfield and Dassel own this book.    “Three Times Lucky” by Sheila Turnage, published by Dial/Penguin, also received the Newbery Honor medal.  This one is on the February book order for Litchfield, so I’m giving myself ½ point for that one.

The winner of the 2013 Caldecott Award, given to the artist of the most distinguished American picture book for children,  is “This is Not My Hat,” written and illustrated by Jon Klassen, published by Candlewick Press.  This is a very popular book in Litchfield, and is in the collections of all three Meeker County libraries.  Hooray! 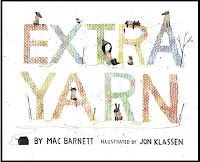 “Extra Yarn,” written by Mac Barnett, illustrated by Jon Klassen, published by Balzer + Bray/HarperCollins, is an honor book, again kind of a runner-up.  It’s a good year for Jon Klassen.  All of the Meeker County libraries have this one. Does that count as three points? 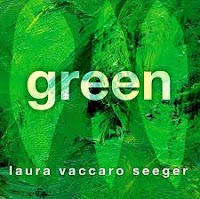 Laura Vaccaro Seeger won the honor award for “Green,” which she wrote and illustrated.  This book was published by Porter/Roaring Brook. We have two copies in Litchfield, one for circulation and one for story hour.  Dassel and Grove City also have copies.  I love this book!
“Sleep Like a Tiger,” by Mary Logue, illustrated by Pamela Zagarenski, published by Houghton Mifflin, also received the honor award.  It’s in the January order for all three Meeker County libraries. I missed “One Cool Friend,” by Toni Buzzeo, illustrated by David Small, published by Dial/Penguin. That title will be added to the February order for Litchfield. 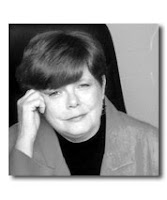 The Margaret A. Edwards Award for lifetime achievement in writing for young adults was presented to Tamora Pierce for her “Song of the Lioness” series and “The Protector of the Small” quartet, and all can be found in Litchfield.  She is an extremely popular author among young adults in Litchfield.

I also was very interested in the Printz winner this year, given to the best book written for teens, based entirely on its literary merit.  I missed “In Darkness,” by Nick Lake, published by Bloomsbury.   This story is set in Haiti, and I did not purchase it, based on reviews I read.  I may reconsider, but I don’t think it would be in demand in our community.  Honor books include “Code Name Verity,” by Elizabeth Wein, published by Hyperion, and “Dodger,” by Terry Pratchett, published by HarperCollins. Both of these books are popular in Litchfield.  I missed “Aristotle and Dante Discover the Secrets of the Universe,” and “The White Bicycle.” These are both available in Pioneerland library system, but I will probably not order them for the Meeker county libraries.

I’m giving myself 10 ½ out of 12 “points”, but as Ivan says, “it’s not as easy as it looks.” These great books and more are waiting for you at the Litchfield Public Library.