Could It Be Magic?

At the very beginning of the summer Professor Marvel came to perform at the libraries in Litchfield, Dassel, and Grove City.  His performance in Litchfield was enjoyed by about 140 children plus their parents in a very packed library space.  The performances were also very well attended in Dassel and Grove City.  He always encourages the young people in the audience to read about whatever is interesting to them, including books about how to perform magic.  The libraries used money from Minnesota’s Arts and Cultural Fund to provide this wonderful experience.   When libraries make use of this fund, a small percentage of the budget can be used to add books to the library collections.  We were able to add books on magic to the juvenile collections at Litchfield, Dassel, and Grove City.  These colorful and interesting books are now available. 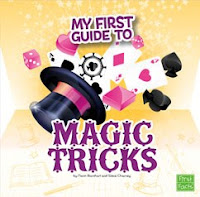 “My First Guide to Magic Tricks,” by Norm Barnhart and Steve Charney, is exactly what it says,  a book of magic tricks for the very young beginner.  The authors take it seriously and provide these four important rules for young magicians to follow: “never to tell anyone how to do a trick; practice until you can do the trick almost without thinking; try not to do the same trick for the same people; and use patter to keep the audience’s attention.” 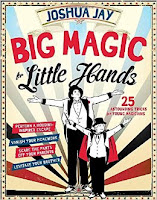 We’re also happy to add “Big Magic for Little Hands,” by Joshua Jay to all three collections. This book contains easy to follow instructions, including suggestions for parents.  He also gives some really good advice about what to do if an illusion goes wrong and how to get over stage fright.  He teaches young magicians the “Magician’s Oath” and warns them that somehow the older magicians will find out if they don’t say it out loud! 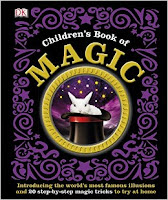 “Children’s Book of Magic,” by the folks at DK, Dorling Kindersley, is a stunning book that has a rabbit hologram on the cover.  This book is packed with information about the history of magic, magicians, and illusions.  It may lack the personal touch of Joshua Jay’s volume, but it really is an amazing collection of information.

Many years ago we hired a young man to come to the library and perform a magic show for children.  He was already a polished showman and had been doing table magic at a local restaurant.  I think he gave us a deal.  Even though he was already being paid as a professional, he only charged the library 50 dollars.  His name is Dan Sperry, and he has gone on to well-deserved fame. Dan did a performance in St. Cloud, Minnesota on August 8th, and has now headed to New York for 6 performances at The Box, all at 1:00 a.m. Yes, that’s the 1:00 just after midnight.   Then Dan will tour with The Illusionists around the United States through the end of the year.  When they are in New York, at the Neil Simon Theater, tickets run from $49-$132. 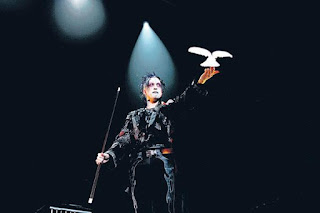 Dreams do come true, and they can begin with a book from the library.