From Page to Screen: Movies Based on Books This Fall

Books made into movies always stir up a lot of interest.  It’s amazing how much more a book will get checked out when it’s adapted into a movie.  This fall there will be a number of movies and a new television show or two based on books.  Get a start now to read the book before the movie you want to see hits theaters.

A Walk in the Woods: Rediscovering America on the Appalachian Trail is Bill Bryson’s popular book from the 1990s about his attempt to hike the trail.   Written with self-deprecating humor, this is supposed to be different than introspective travel memoirs like Wild; Bryson decided to hike the trail because it was there, with a companion even less prepared than he was.  The movie, A Walk in the Woods, stars Robert Redford and Nick Nolte and is coming out on September 2. 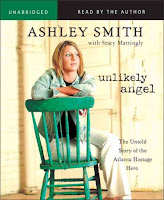 Unlikely Angel: The Untold Story of the Atlanta Hostage Hero is available in the Litchfield library on CD and in other libraries in print.  Ashley Smith tells her story of being held hostage in her apartment by Brian Nichols, who had just killed several people while escaping from a courthouse.  The movie adaptation is called Captive and will be released September 18, starring Kate Mara and David Oyelowo.

Maze Runner: The Scorch Trials is the movie adaptation of the second book in the Maze Runner trilogy. In The Scorch Trials by James Dashner, the teens have another challenge to face: crossing 100 miles of desert while being attacked by zombies in order to reach a cure for the disease that will turn them into zombies, too.  This dystopian thriller will arrive in theaters September 18.

I am Malala: The Girl Who Stood Up for Education and Was Shot by the Taliban is a bestselling book that came out in 2013.  Malala Yousafzai began fighting for girls’ rights to education when she was eleven.  At age fifteen, she was shot in the head on her bus ride home from school in an attempt to silence her.  In 2014 she became the youngest recipient of the Nobel Peace Prize for her continued role as a spokesperson for educating girls.  The documentary He Named Me Malala will be released October 2.

The Martian by Andy Weir is a novel from 2014 that got great reviews.  In it, an astronaut is left behind on Mars when his crew evacuates the planet because of a dust storm.  No one even knows he’s alive, but he doesn’t give up.  A futuristic take on a castaway story, the movie starring Matt Damon opens October 2.

The 2011 biography Steve Jobs by Walter Isaacson also was praised by critics.  Now the movie by the same title is coming out on October 9.  Michael Fassbender plays Jobs, with Kate Winslet playing Joanna Hoffman and Seth Rogan playing Steve Wozniak.

Also debuting this fall are The Last Kingdom, the BBC TV series based on Bernard Cornwell’s Warrior Chronicles series; Room, the movie adaptation of Emma Donoghue’s novel of the same name; and The 33, based on Deep Down Dark: The Untold Stories of 33 Men Buried in a Chilean Mine, and the Miracle That Set Them Free by Hector Tobar.

Get ahead of the rush now by ordering any of these books on our online catalog or speaking with a library staff member to request a copy.
Posted by Litchfield Public Library at 2:43 PM