Hygge: A way to feel better about winter

I keep seeing articles about trying to enjoy the winter instead of dreading it.  I have to admit I hate cold and dark, so finding ways to feel better during this time of year sounds like a great idea.  Many of these writings refer to the ways that Scandinavian countries embrace the season. The Danish word hygge loosely translates as “coziness,” but it’s one of those words that doesn’t really have an English equivalent, because togetherness and well-being are part of it as well.  It is associated with things like candles, fireplaces, hot beverages, blankets, friends, family, and food.  The Norwegians call it “koselig,” and they reportedly embrace the good things that come with winter instead of suffering through it.  I wonder if they have to drive on slippery roads as much as we do?  I should ask the people I know who used to live in Norway…

So what kind of hygge can the library offer you?  Well, the library itself is a pretty cozy place, especially now that the lighted Christmas trees are up.  To really add the social element, you could come to a book club. Talking about books with friendly, interesting people can give you a warm feeling of togetherness.  Our next book for Adult Book Club is A Christmas Blizzard by Garrision Keillor.  The title doesn’t sound warm and cozy, but it’s supposed to be heartwarming in the end.  The next meeting is on January 12th at noon.  Multiple copies are on hand at our front desk to check out.

The Mystery Book Club is reading Plum Pudding Murder by Joanne Fluke.  The murder part is not so snug and safe, but Fluke’s novels are considered cozy mysteries, which means the violence is downplayed, and the detective work happens in a small community.  This book club meets on the third Wednesday of the month, which will be December 16.

We normally offer a Fiber Arts Club on the fourth Thursday of the month at 4 p.m., but since that day will fall on Christmas Eve in December, you’ll have to wait until January to attend.  This group is a very informal way to gather with other people who are knitting, crocheting, or doing other handwork. 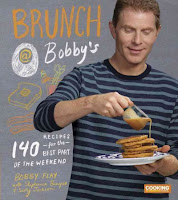 If you’re looking for some recipes for comfort food, we have some new cookbooks that fit the bill: Brunch @ Bobby’s by Bobby Flay, The Pioneer Woman Cooks: Dinnertime by Ree Drummond, and Sweets & Treats with Six Sisters’ Stuff. 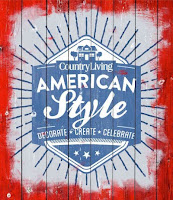 Of course, just curling up with a book or a movie can make for a cozy evening (or day) anytime, as long as it’s something you enjoy.  Some of our very newest books include House of the Rising Sun by James Lee Burke, Irish Meadows by Susan Anne Mason, and Texas Hills by Ralph Compton.  Our latest DVDs include Jerusalem from National Geographic, Dope, and Bears from the Disneynature series.

This winter, I’m going to look for opportunities for hygge.  I hope the library can help boost your well-being, togetherness, and coziness this season.
Posted by Litchfield Public Library at 1:39 PM