The language of music

In 1835, Henry Wadsworth Longfellow wrote, “Music is the universal language of mankind.”  In a music review written 55 years later, George Bernard Shaw said, “Though music be a universal language, it is spoken with all sorts of accents.”  Certainly music comes in such a vast variety, and there are types that are easier and more challenging for each of us to listen to.

The big winner at the Grammys recently was Billie Eilish, who won best new artist plus the awards for album, song, record, pop vocal album, and pop solo performance.  I like to stay current on pop music, but I have to admit I don’t understand the 18-year-old’s style, which The Atlantic describes as “whispery goth pop.”  But of course, music has always evolved by pushing the boundaries and becoming incomprehensible to most middle-aged people.  If you’d like to listen to Eilish’s album When We All Fall Asleep, Where Do We Go? you can borrow it from Cosmos Library, one of the four libraries I order materials for.

If country music is more your speed, you can check out Ride Me Back Home, Willie Nelson’s latest album, at Litchfield Library.  Nelson won the Grammy last Sunday for best country solo performance for the song “Ride Me Back Home,” which is on the album.  This is the country music legend’s tenth Grammy win; his first was in 1975. 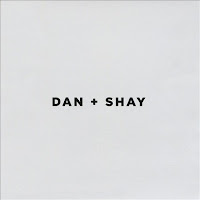 Another of this year’s awards for country music went to the duo Dan + Shay: best country duo/group performance for the song “Speechless.”  Dassel Library has the CD the song appears on, the self-titled album Dan + Shay, which you can order to have picked up in any public library.

Over at Dassel Library, you can also check out the soundtrack album for A Star is Born featuring Lady Gaga and Bradley Cooper.  This album won the Grammy for best compilation soundtrack for visual media.  The song “Shallow” from this movie was a huge hit for most of last year. 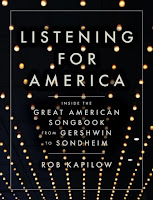 Litchfield Library also has new books about music.   Rob Kapilow is a composer, a conductor, and a host of an NPR music program.  His new book Listening for America: Inside the Great American Songbook from Gershwin to Sondheim explores the work of eight musical theater composers: Kern, Porter, Gershwin, Arlen, Berlin, Rodgers, Bernstein, and Sondheim.  He celebrates their songs while also analyzing the issues of race, immigration, sexuality, and cultural appropriation in them that reflect America in the eras in which they were composed.

For a broader look at music and culture over time, pick up the book Music: A Subversive History by Ted Gioia.  The author analyzes 4000 years of Western musical history from the perspective of slaves, revolutionaries, and common people, rather than focusing on the mainstream musicians who were the most successful and recognizable.  Booklist magazine calls it “a sweeping and enthralling account of music as an agency of human change.”

Whether we’re talking about what makes a song exceptional or we’re just singing along for fun, we can enjoy music in a variety of ways.  I hope the things you check out at the library will put a song in your heart.